Chi is the latest slot from the development at ELK studios that plays out over 5-reels, 3-rows and 27 pay lines, however the pay lines pay both ways making a total of 54 pay lines on offer. Set within the Himalayan mountains this ancient themed slot can be played on all devices and has a bet range from 20p per spin to £20 per spin.

The slot is aesthetically pleasing with a relaxing soundtrack and players join the wind and fire spirits of Chi and Mow to uncover the treasure of the city. The symbols on the reels include fans, flutes, cups, carp, jade stones, gourds, lotus flowers and lanterns. There is also the wild which can substitute for all symbols expect for the bonus scatter to create winning combinations. The slot pays from left to right and vice versa. 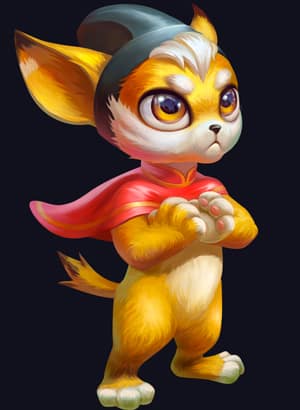 Keep your eyes open for the Chi fire totem as it generates balls of fire which can add 1 – 6 wilds to the reels. All wilds are sticky in the free spins feature and when the Mow wind totem hits the multiplier gong there are multipliers from x2 - x5 on offer. In the free spins there is a sticky progressive multiplier that increases by one each time the Mow appears.

There are two bonus features, the first is the Stairway to Fortune Bonus Game feature which is activated when 3 Yin yang bonus scatters land. This sees Chi and Mow coming together to try and reach the Fortune Reels at the top of the bonus game. Chi draws up a number between 1 – 6 and Mow then moves to the corresponding number of steps where the multipliers increase.

The journey on the cloud path continues until the ‘Collect’ appears and the multiplier that Mow is holding is then paid to the player. After this, the players have a spin on all 5 reels with the collected multipliers added and hitting the arrow on the top of the reel and a massive x10,000 multiplier is added to the players score. 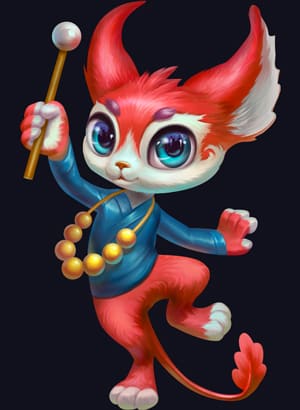 There is also a free spins feature in Chi, and this comes into play when three or more free spin symbols land on the 3rd, 4th or 5th reel, and reward 10, 15 or 30 free spins respectively.

The free spins feature can be reactivated and therefore the feature could run indefinitely for an unlimited amount of free spins. All of the wild symbols in Chi are sticky through the entire feature and the first time Mow is landed there is a progressive multiplier added starting at x2 through to x5 and this increases by one every time Chi makes an appearance.

There is no doubt that Chi has a unique look with game play that is truly innovative and pays out well in the base game and through the two bonus features. The largest wins come from the Stairway to Fortune Bonus Game feature with a truly awesome x 12,500 of the stake up for grabs! Elk Studios have certainly provided a stunning slot which is highly volatile, and the secrets of Chi really can take players to heaven. I would recommend the slot as it is set to be another smash hit for the developers and definitely a slot that will end up on most players favourite list.