Looking up at Mount Everest, hoping to find a yeti, this slot game challenges its players to keep a cool head and win big. 9K Yeti slot takes its players into the cold depths of the Himalayas. With bright graphics and real potential to succeed, 9K Yeti will appeal to those looking for a fun time and those looking to play to win. 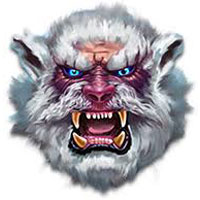 9K Yeti implements a snowy design. The background depicts a camp at the bottom of Mount Everest, looking up at the mountain’s peak. The creators of 9K Yeti said this of the game’s design:

Mount Everest Mythology was the inspiration for our first slot 9K Yeti. We wanted to combine a climbing adventure with the elusive Yeti. Taking the player on that magic journey – not knowing what awaits them! We spent a lot of time working on the Yeti design, it needed to be magnificent yet scary and respected. Iterations included animalistic expressions with almost fox-like features, In the end, we went with a design that showed human traits – this was done to create a connection to the player. On the base game we took a photorealistic approach, to try and capture the elements the player might encounter on their climb; the crisp air, the bright sun and the gentle wind. This is offset by the design in the snowstorm feature where the tempo lifts and action descends.

Even the slots themselves are designed to fit the theme. If you look closely, you’ll see there is a frozen effect to them, as though, were you to stop playing, they would quickly become encased in ice.

The game is pretty standard to play. The slots take up most of the screen; then, there is a bar at the bottom with all key information. In the bottom left corner, there is your balance. In the middle of the bar, there is your total win. Finally, in the bottom right corner is your bet. When you are on a roll of free spins, the amount of spins you have left is at the top. The icon to start spinning appears in the middle right. Playing is made easy by the obvious positioning of all the information. A message appears across the screen when you win, with an animation behind it of coins and jewels. 9K Yeti can also be played on a phone app. Much of the gameplay is similar, but the design is streamlined to fit onto a phone screen.

9K Yeti employs many traditional symbols - i.e., numbers and letters - in a bright, eye-catching font to fit with the theme. These symbols are designed to suggest the bright colour is leeching out of them due to the cold. There are also a number of special symbols to fit the theme. These include:

These cymbals tie into the theme and remind players of the narrative going on behind the game.

There are plenty of other features that add something extra to the game to make you want to keep playing. One of these is the free spins feature. With snowstorm features, you can trigger free spins. Due to this, losing spins get sent around the reels until they transform into a guaranteed win. To start, you are given 88 free spins and plenty of retriggers to keep you entertained. The maximum number of free spins is 880, but that’s more than enough to provide entertainment for any player.

9K Yeti is a great game for any player. The option for tons of free spins allows you to play for a long time, and in doing so, work up your total wins to an impressive feat. The design is clearly well-thought-out and immersive - check if you start shivering after playing the game for a while!

Where can I play 9K Yeti?

9K Yet is available as a mobile app for convenience or as an online game for those who like the traditional form.

What are the minimum and maximum bets I can place?

What is the RTP of 9K Yeti?

for playing with 9k Yeti: