The Armadillo Studios is a very young reality, which in a few months of life has already managed to give life to an interesting series of high quality slot machine titles. Sponsored and supported by the EveryMatrix group, of which they are a part, these production studios are aimed primarily at the US market but it is clear that their products will soon expand to the entire Western market. The titles already published arouse great interest in the public of players and among professionals. 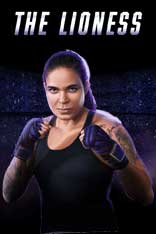 The Lioness with Amanda Nunes 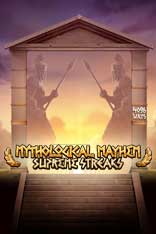 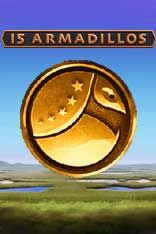 EveryMatrix is, to date, one of the largest groups dealing with online gambling. Under his aegis many software providers come together, which have been created with specific investments to expand the offer and reach ever new markets. EveryMatrix strategy is one of progressive expansion, as demonstrated by the actions taken in recent years. In 2020 the group launched two new production studios, Spearhead Studios and RGS Matrix; he subsequently invested in Lady Luck Games, another young but rapidly evolving provider. The next move was the creation of Armadillo Studios, an innovative reality that demonstrates its potential and its desire to do so starting with the chosen logo.

In a concise and ingenious way, the creators of Armadillo Studios have summarized the company’s identity in logo chosenOthers is nothing more than an armadillo, drawn in a stylized way when it is enclosed in itself. The colors used instead indicate the main reference market of this provider that was born at the end of 2021, namely the USA. The slots that were created in the first months of 2022 therefore target the American public, but of course they have an appeal that does not displease even the European one. The armadillo is the animal-symbol that often appears also as the protagonist of the production company’s slots.

The CEO of Armadillo Studios is Razvan Haiduc, already employed since 2019 in EveryMatrix and returning from many years of experience gained within iSoftBet, a well-known software provider. At his side, in the role of chief operating officer, is David Stoveld, whose resume is no exception. In the past he has in fact worked for real giants of virtual gambling, such as NetEnt, Yggdrasil, Scientific Games and Kalamba Games.

An immature but already defined style

If you visit the official website of the Armadillo Studios you can see how, for being a reality with so little life behind it, it already shows a very clear and clear identity. Here people have very clear ideas, it can be perceived already from the choice of the logo but also from the way in which the website was organized. The lines are clear and clean, the seaworthiness guaranteed to the maximum, and the focus is obviously on the products. If the portfolio is still, for obvious reasons, not very rich, the present titles for a very prolific future. A section of the site is dedicated to partners, and even in this case we can be amazed that there are many, even if the Armadillo Studios can be defined as just babies. Surely thanks to the support of EveryMatrix, but also to a debut that immediately showed character and quality, these studios have already managed to create a network of respectable relationships that guarantee them good visibility, despite their small size.

We cannot know if in the future this software house will decide to diversify its portfolio, what is certain is that at the moment it only includes slot machines which still seem to be the type of game it intends to focus on. The very first title published dates back to December 31, 2021 and uses the symbolic animal, the armadillo, as its protagonist. We are talking about 15 Armadillos, which immediately presented itself as a very original product. Not only for the proposed setting, the beautiful and wild Everglades, but also for the large amount of innovative features introduced, such as the Armadillo Links and the possibility of collecting a Jackpot equal to 10 thousand times the bet. Later, the producers decided to return to a more classic slot machine theme, Ancient Egypt, with Queen of Egypt Exotic Wilds.

It cannot be said, analyzing these very first games created by the studios, that the latter still have a very precise identity from the point of view of the style adopted. What cannot be denied, however, is the very high graphic skill and smoothness of the animations and game functions. We therefore note on the one hand the previous experience of the studio team, which combined with the enthusiasm of starting a new adventure has created very pleasant games, easy to play and with very exciting gameplay.

Some titles that you find on our site

Armadillo Studios takes care to make the Demos of its slots available to players, so that it is possible to try them and discover their features before starting to invest your money. On our dedicated page you can find some Armadillo Studios titles in their free version, to become familiar with this brand new software provider. We list some of the titles you can play here at Slots-777.

Now you just have to do some test spins to get to know for yourself all the quality and attractiveness of Armadillo Studios slots!

Who is Armadillo Studios?

Armadillo Studios is a software house that produces slot machines.

Which group does Armadillo Studios belong to?

These studios are headed by the EveryMatrix group, which also controls Lady Luck Games and Spearhead Studios.

What games does Armadillo Studios produce?

What are the best known titles of Armadillo Studios?

Among the most popular slots are 15 Armadillos, Mythological Mayhem Supreme Streaks and The Lioness.

Where can I play Armadillo Studios slots?

You can find them in the best online casinos and for free on our site.