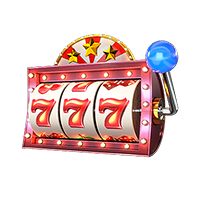 Previously a Portuguese colony, Macau is a region in mainland China known for being one of the gambling centres of the world, often referred to by westerners as the ‘Vegas of the East’. This catchy moniker is not without factual foundation either. In 2010, Macau made more revenue from gambling than the entire stake of Nevada (Las Vegas’s home state). It owes its success not only to its popularity with both domestic and foreign gamblers but to its special administrative powers which legalize gambling in the area, unlike most parts of China where gambling is illegal. This slot created by BetSoft is built around this famous city and its gambling heritage.

Regarding Mr Macau’s bonus features, players can enjoy quite the selection from sticky wilds to re-spins and free spins. The highest value feature in this game is called simply the mini-slot bonus. It comes in two tiers. The top tier grants players who land 4 triple 7 bonus scatters on the reels 10 free spins with sticky wilds with attached multipliers in the range of 1x to 3x in size. If multiple multiplier wilds land as part of the same win, those multiplier values are added together, creating some great top payout prizes.

The theme for this game is a Macau casino, meaning that everything is very much glitz and glamour, with the tell-tale colours of Chinese fortune (gold and red) playing a big part in the theme. To get a clearer idea as to the theme of this game, think about a Chinese version of Las Vegas. And instead of an American hosting the games, for example, there is a Chinese man dressed in an appropriately gold and red suit. His slicked-back hair and sunglasses portraying the typical gambler’s attire in one of these high-end establishments.

The background for Mr Macau is the entrance to one of the special casinos that you might find on the Macau gambling strip. Everywhere that you look there are exposed light bulbs, neon strip lights and red and gold elements. The impression that the background gives off is one of a classy gambling establishment showing its glamour to entice punters inside its doors.
The playing window takes up space that one assumes would be the doorway to the casino. It is fringed on all sides by blinding LED lights. To the left and right of the board are two golden columns, which remind players of the Caesar Place-like architecture that you see across the Vegas strip.

The symbols for this slot game are split into regular, high-paying and special symbols. The regular symbols for this game are the Ace to 10 in card deck royals. Up from these in terms of value are the themed picture symbols. These comprise Mr Macau himself, the Croupier, the Dice, the triple 7s (also the free spins scatter), the Fire 7s, Casino Chips as well as cherries. Lastly the special for this game is the wild, which is the word ‘wild’ lit up in fabulous Broadway-like lights. 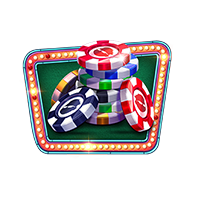 Mr Macau is a 5-reel, 3-row board with 20 active pay lines. To create winners in this game, players must match a minimum of 3 symbols across a pay line starting on reel 1. The betting range for Mr Macau is 16p to £24. To change your betting level per spin, use the bet adjuster tool located at the bottom of the playing window.

Further information regarding the slot, including a display of the paytable, can be accessed by clicking on the settings menu. The spin button is located on the right-hand side of the reels. You can set up auto spins in the game’s menu.
The volatility for Mr Macau has not been disclosed by the game provider. The return to player percentage for Mr Macau is 97.07%, which is substantially over average. The biggest payout that players can win on one spin is 4,338x your stake.

The first feature included in this game is a wild bonus, the wild in this game can only land on reels 2-5. When it lands it can replace other symbols to help form wins.

There is also a Stick and Re-spin bonus that can be triggered at random at any time during gameplay on a non-winning spin. When it is activated, one symbol on the board will be chosen to become sticky. Following it being stuck, one re-spin will play through. You are awarded as many re-spins as it takes to get a win with the symbol which has been frozen to its position.
Next on the feature list is the Wild Boost feature. This feature also triggers randomly on non-winning spins. When it becomes active the chances of landing sticky wilds increase significantly, helping you create more wins.

There is also a free spin round which comes in two different versions depending on how many scatters (the triple 7s) that you use to trigger the bonus. Landing 3 triple 7s will grant you 10 free spins. All the wilds that land during this feature’s spins also become stuck to their position for the duration of the bonus round.

Landing 4 of the triple 7 scatters will give you 10 free spins with sticky wilds again, however for this version, the wilds come with attached multipliers. These multipliers come in values of x1, x2 and x3. Multiplier wilds part of the same win have their values added togther. Sadly, neither of the bonus rounds can be retriggered.

With a high-end feel, jazzy music and decent top potential, this slot has all the trademarks of a real Macau casino game. However, one of the details which was probably not promoted as much as it should have been by the creators is this game’s above average RTP. This alone makes this game a rarity and enticing to have a few spins on. The theme on the other hand we could take or leave as it’s a bit much, even for an online slot game.

How many pay lines are there available for this slot game?

What is the available stake range for this game?

What is the maximum payout that you can achieve on one spin?

The top payout from one spin is 4,338x your stake.

Yes, Mr Macau is optimised for all devices.

for playing with Mr Macau: