Golden Chance™ from the developers at BeeFee Games is classic and completely unassuming but don’t be fooled by what you first see! You may not believe your eyes at the beginning as the background of the slot is crammed full of dollar bills and gold coins ready for the taking. Lucky players really do have the chance to land a super stack of gold bars that will bring them happiness, free spins and some superb winnings too.
This 3-reel and 3-row slot provides players with 5 pay lines and the aim of the game to land as many of the same symbols as players can on their pay lines.

The pay lines pay from left to right and players can bet from just 0.01 to a maximum of 10 coins per pay line and there is a vast number of options to choose from, players should note though that the set bet has no effect on anything but the real multiplier value, the prizes and wins remain the same.

All winning combinations have to begin on the first reel on the left (however it is worth noting that the scatter symbols do not count at this point) and run over the pay line to the last reel on the right. Only the highest combination will be counted and paid out and the wins are shown on the pay table and multiplied by the bet that has been placed on the winning line.

There is no doubt that Golden Chance the slot is truly all about coins and gold. The slot has a really traditional look and feel which is probably down to the fact that the developers have chosen to use some of the most iconic symbols that are used in this form of gaming. Players can expect to see their reels full of fruits, bars and sevens, and there has obviously been time put into the design and graphics as well as the soundtrack which although generic is really well presented. 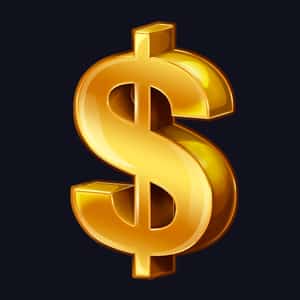 It is fair to say that when it comes to slot games using three symbol elements always work well, the returns are good with all of the fruit symbols in Golden Chance rewarding players with x15 of their line bet. The sevens pay x100 of the players bet and the bars pay a colossal x500 of the players bet, very nice too! The wild is represented by the gold bar symbol and will only appear on the middle reel, however when it does it expands and takes over the entire reel making it far easier for players to land the three symbol winning combinations.

The scatter is depicted by the dollar symbol and actives the re-spins, all players need to do is land one or two, but land three and get rewarded with x100 the line bet. There are also many chances to land additional scatters as it is only the reels that do not display the symbol that get re-spun. All scatter wins are multiplied by the game bet.

Unfortunately, although these features are good and there is a good chance for players to win there is no really big wow features, however there is the gamble feature which is used in all BeeFee Games and fits with this game well and doubling any win can lead to players walking away with some extra spends which really what it is all about at the end of the day. 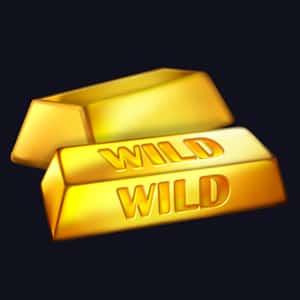 Golden Chance is the ideal slot for those who have a penchant for nostalgic or classic slots. My advice would be to take the opportunity to play a few games using the demo mode as not only will you then know exactly what to expect you can also see whether this is the type of slot that you enjoy playing. However, if this is not your kind of thing, you will find that you can bypass it easily, but if you are looking for some uncomplicated fun Golden Chance would be a great way to while away some time. Better still the slot is available to play on any device, so you have the freedom to play wherever and whenever the fancy takes you.