Joker Spin is one of the latest releases from the developers at BeeFee Games and unsurprisingly is themed around the famous Joker character as the name suggests. Players can expect to find fruit symbols like lemons, oranges and plums as well as the Joker who is the wild and is one of the main characters in the slot. There are also the retro symbols depicted by the lucky red sevens and gold bells.

The aesthetics are dazzling with attractive graphics that are sure to make players smile and some fabulous sound effects too. Amongst the game features players will find scatter, sticky wilds, multipliers and free spin. When it comes to placing bets the range tops out at 50 which may not appeal to the high rollers, but it is accessible and plenty of fun. 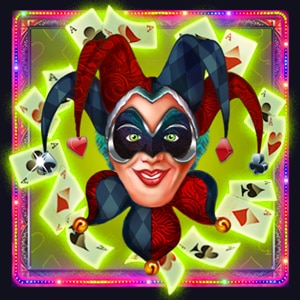 Players can get started easily and the slot can be played for free which is the best way for anyone to really get to grips with the slot and work out the best way for you to play. When you are ready you can select the amount that you wish to bet starting from 0.20 per spin to a maximum of 50.00 per spin. This is a very good bet range and can be played regardless of the size of their pocket. Other bet options include selecting a maximum bet using the max bet button and then using the auto start button which means that players can sit back and watch the action unfold, this feature is easy to turn off simply press the same button again. 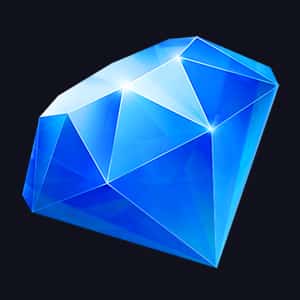 The rewards that are available to players are good particularly for those playing with a higher bet level. To receive a pay-out players, need to land three or more of the same symbols or two or more of the same diamonds. The blue diamond is the very best symbol in the whole slot and landing three anyway on the screen and the reward is a fabulous 1,000 coins.

When playing the players need to keep an eye out for the Joker as this is the sticky wild symbol and when this cheerful, cheeky chappie makes an appearance on the screen he can substitute for all of the other symbols to create additional winning combinations. As well as boosting players winnings the Joker also sticks to the screen for the next three spins to reward players with extra wilds which really can make a big difference to players winnings.

Not only is the blue diamond the highest paying symbol in the game but it is also the scatter and can pay out regardless of where it appears on the screen as well as having the power to activate the free spins, which could be the best feature in the whole slot. To trigger this players, need to land three diamonds and when the free spins begin players are awarded 15 games which are all played at the bet level that activated the spins and all winnings enjoy a x2 multiplier. 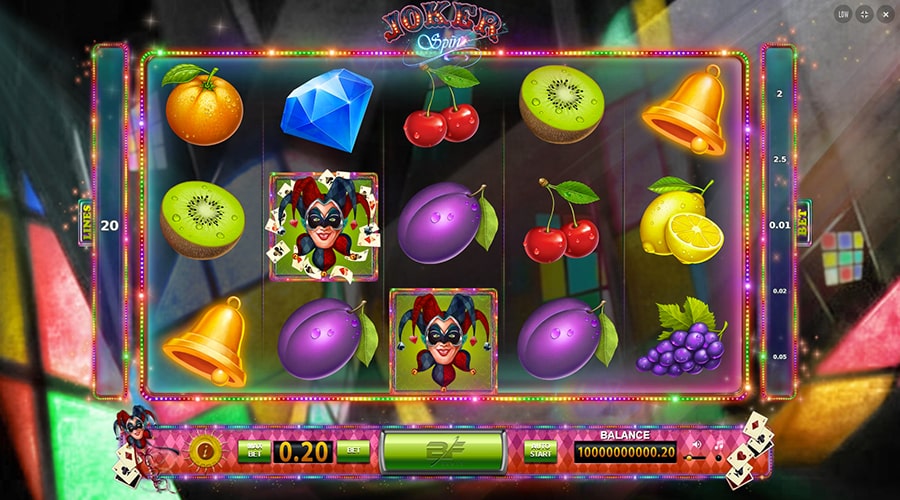 If you enjoy the game features and theme that Joker spin offers you may want to check out some other slots that have a similar style of play. Slots such as Continental Africa from the same developers plays out over 20 pay lines, offers players the chance to win 15 free spins and x2 multiplier which is identical to Joker Spin the slot. The theme is different as it is played in a desert landscape, but the game mechanics are very similar.

When I played Joker Spin, I found the best feature was the sticky wilds and they do appear frequently and stay around to provide better winnings. The cheerful vibe enhances the enjoyment potential and although the regular wins are decent the blue diamond provided me with lots of wins from just landing two symbols. The free spins are lucrative particularly with the multipliers that are awarded. Whilst I did find the slot really simple, and there is no separate bonus game, players will be more than happy with the cheery vibe and plenty of opportunities to win.