Bob’s Coffee House plays out over 5-reels and 10 pay lines and is one of the latest slot offerings from BGAMING that will certainly put a smile on players faces and could even see them collapse with a fit of the giggles. Bob is a laid back, chilled chap who runs his own special shop in Amsterdam where players will come across lion symbols with dreadlock manes, lips which are smoking a hand rolled cigarette and also a bong complete with a marijuana leaf, and if this doesn’t make it obvious what Bob’s shop is then it may not be your type of slot! 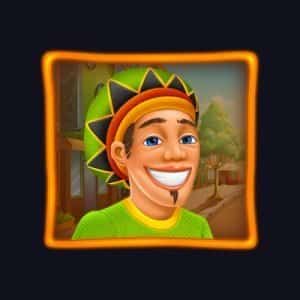 The free slot Bob’s Coffee House is completely mobile optimized, and players can bet from as little as 0.10 with all of the pay lines being active. Players that manage to line up all of the right symbols have a chance to win the prizes of up to x500 of their stake or alternatively they can activate the free game feature which is complete with expanding symbols.

In Bob’s Coffee House there are a number of quirky, fun small details players should keep their eyes open for and the symbols are set against a cloud of white smoke and Bob is standing to the left smoking on Amsterdam’s pot friendly streets in a happy trance as he watches the world go by. To start the reels spinning players must click on the hand making the sign of peace which is set under the reels. The soundtrack is very in keeping with the legendary Bob Marley and is definitely the best choice for Bob’s special Coffee shop! 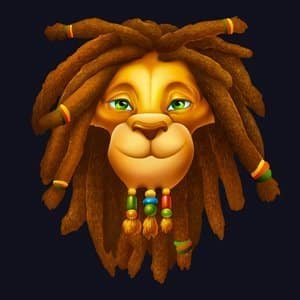 This is a conventional slot where players can win by landing matching symbols from left to right. There is no wild on offer in this game which does make it slightly harder for players to land the wins. Having said this players won’t have to wait too long before they are landing some wins.

When it comes to the symbols, players will come across the usual playing card symbols that start from 10 and go through to the Ace and these are the symbols that players are more likely to land. Prizes start from x2, x10 or x100 the amount that the player has staked on the pay lines when they land 3, 4 or 5 10, Jack or Queen across their pay lines.

The Ace and King pay x2, x20 or x200 for landing the same pattern. The sign for Bob’s Coffee shop depicts a neon-effect marijuana leaves, that point the way to the shop. This is the symbol that activates the free spins bonus when players land three or more on their game screen. Prior to the bonus game starting players are rewarded with x15, x150, or x1,500 their line bet depending on the number that has appeared.

When a boing takes centre stage the scene changes completely and other symbols fill the bong until it stops on a symbol that is chosen randomly, this symbol then takes on special powers through the 10 free spins and will expand on any reel it lands on and hopefully also creates extra winning combinations. The randomly chosen symbol does not even have to land on consecutive reels making it far easier for players to receive some generous wins before the bonus feature comes to an end.

The free spin feature is played out inside Bob’s shop where there are a number of really happy customers all sharing and enjoying a smoke. The slot Bob’s Coffee House had me from the very beginning as it is light hearted and funny but also because of the free spins feature, particularly if the random symbol is one of the high values. I would highly recommend this slot particularly if you just want to while away some time and receive some great opportunities to land wins.