Jogo Do Bicho from the gaming developers at BGaming places players smack in the middle of the bustling city that is Rio de Janeiro. The interactive slot is impressive and offers the player some really memorable attractions complete with a history and the country’s heritage. The first thing players will notice is the warmth that makes Rio such an outstanding and special place to visit.

Packed with all that is carnival with vibrant, colourful displays with a combination of gyrating dancers, the beach, all types of sport combined to provide a huge party on the Ipanema beach which are complete with dense rainforest and superb surfing waves and whilst we may be daydreaming it is all of these things that make Rio such a spectacular place to visit. 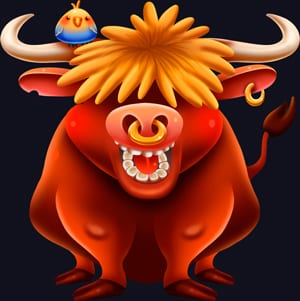 Jogo Do Bicho: a Brazilian Game

If you have ever found yourself trying to work out what the national game fits with the Brazilian culture but drawn a blank, the answer is simple, it is Jogo Do Bicho. Jogo Do Bicho translates in English to “Animal Lottery” and this is exactly how people that have visited would describe it. The slot is steeped in culture with a great sense of romance which players will find hard to forget.

However, once played the main question would be why you would want to forget this game but look further into the history and things will become far clearer. The design of the game is renown and is thanks to the inventor Baron Drummond, who was the administrator of Rio Zoo challenged with a way in which he could make the place more popular.

He came up with the idea to get visitors to guess what animal was hidden behind a curtain and in the evening the curtain was raised to reveal the animal. All of the visitors that had the lucky tickets were then provided with a cash prize. Before long people were buying tickets to the zoo and selling them wherever they could which dis bring about problems regarding legacy particularly as these sorts of games were strictly prohibited in Brazil as was the famous Jogo Do Bicho. However, Jogo Do Bicho had spread so quickly capturing the popular imagination of Brazil forever more.

Review of Jogo Do Bicho 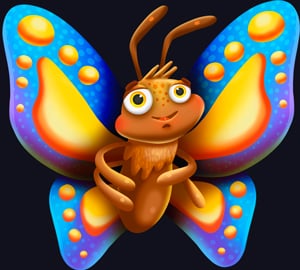 BGaming launched their take on Jogo Do Bicho on 30th April 2019 to provide players with the warm smiles of Rio with this cultural lottery where players can do whatever they please from betting on numbers to animals nothing is off limits! This lottery styled game is simple and easy to play and presents the weirdest of cartoon style animals that are definitely alive as they break out of their wooden crates to provide players with the biggest cash prizes that they can.

BGaming is pleased to touch this cultural lottery phenomena and give you a piece of Rio’s warmth and smiling. Bets on animals, numbers - do whatever you want! Easy gameplay, funniest cartoon animals moving alive, breaking out from the wooden boxes and eager to give you as much cash prizes as they can...We can’t stop playing it! And you?

There is a great bet range on offer that starts with one animal and goes up to five and players that manage to advance to the higher modes of the game will find hundreds and thousands of animals which increase their chances of winning. Even though this is a hugely popular game it is illegal in 25 out of 26 states in Brazil and has been since 1946, however it is more or less tolerated today particularly in Rio de Janeiro. One of the plus points Jogo do Bicho has over the majority of state operated lottery games is that players can bet whatever they wish even just a single cent.

The game is unique thanks to the myths and superstitions that surround it, as it focuses on the dreams people may have had of an animal the night before the draw. This is then believed to be a lucky sign so be prepared to choose the animals that appeal to you most or better still those that have appeared to you in a dream and put your belief in the fact that you really could win your own fortune.