Games like Slotomon Go pop up every now and again and is the type of game that developers need to create to prove that they are bang on trend to ensure that they inspire new players and keep their existing players happy. This slot from BGAMING has taken its inspiration from the immensely popular Pokémon Go app, however with Slotomon Go players don’t need to leave their house, just hope that luck is with them as they spend a few credits to land some big wins.

Players will immediately see that the inspiration for Slotomon Go has a true source of inspiration for its graphic universe, however so that the developer avoids any type pf copyright issue the developers had to make sure that they did not clone a famous monster catching slot. Like most of the slot the background is simple with an apricot sky complete with some white fluffy clouds floating around the sky. The foreground is where the reels sit in a white rectangle and there is a standard command bar situated at the bottom with a strange looking electronic device to the side. 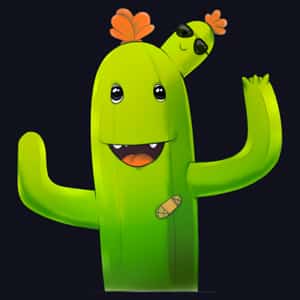 Whilst Slotomon Go bears a marked resemblance to a Pokémon game, it still has its own personality and I do thing that it will only be real fans of the franchise that get excited when they look at the gaming screen as it would be fair to say that it is incredibly bland. However, players will be glad to find that Slotomon Go is like an average slot when it comes to the game’s rules. Players only need to seek out the command bar under the command bar to gauge their next move.

Slotomon Go plays out on 5-reels and 5 pay lines and it is very clear right from the start where the players will want their winning combinations to land to activate some good cash wins. Underneath the reels players will find the + and – buttons which can assist them to choose their wagers prior to spinning their reels and hoping to get lucky.

In the same way as most slots, all the cash rewards that are on offer in Slotomon Go are based on the size of the players wager and the type of symbol combinations that they manage to land. It is so true that players have no control over their luck, but they can decide to bet more or use the bet max function. There is also an auto play feature which is ideal for players that simply want to sit back and watch the action unfold before them, hoping to see the wins come in. 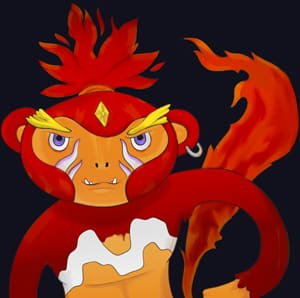 The pay table of Slotomon Go is complete with tiny monsters which look very like the original Pokémon’s, without being the same, obviously. We will look at the list, but the following are a few examples of cash rewards players can land if they stake a one-credit bet on their reels. The small monsters are the most common symbols and there are five in total starting with a mole styled creature to a tropical bird or cacti. These provide wins of 2 – 200 credits.

The bigger symbols are rarer and as such more valuable. Amongst the larger symbols there is an Octopus, monkey, mushroom and a puffer fish and these will all provide cash wins even of the player only lands two of a kind. The best win in this base game is 5,000 credits.

The larger icons are more elusive and therefore more valuable. Octopus, puffer fish, monkey or mushroom, they all can trigger cash prizes with short combinations of 2 icons as well. The maximum payout of the base game is 5,000 credits. The wild is represented by the gem symbol and this can substitute for any other symbol to create winning combinations. The gems also act as the game scatter and when players land three or more on their reels and this triggers 10 free spins.