West Town is from the gaming development team at BGAMING and is a game that they have designed exclusively for mobile devices. The American Wild West and Cowboys have been a source of inspiration for slot developers and this time the developers have used the classic theme to create their own West Town which is set within a small frontier town. 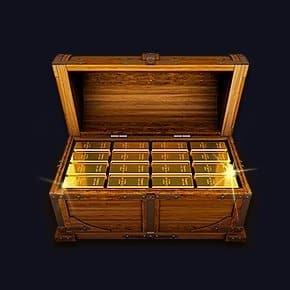 Boasting an intuitive style of gameplay, and players can personalise their own gaming experience with just a tap of their finger. Once they have chosen the gaming experience that suits their style and puts the big wins on their side, they are ready to take on a unique adventure and get the very best from West Town.
The place West Town is a small settlement that is based in the Far West of America where there is a collection of homes amidst a hostile and barren desert. The background of the slot depicts the main street which is complete with typical wooden buildings that stand either side.

The heat and lack of rainwater shows on the hard cracked ground and there are tall mountains which overlook the distant city. When it comes to the visuals it is obvious that there has been a lot of thought and there are many things that will certainly catch the players eye making this the perfect game where players can immerse themselves in another world. The music used is upbeat and very typical of a memorable Western. West Town offers players the full package right from the start and players need to be prepared as newcomers to the town are eyed suspiciously so let’s look at the game play so that players can be seen as a local from the word go. 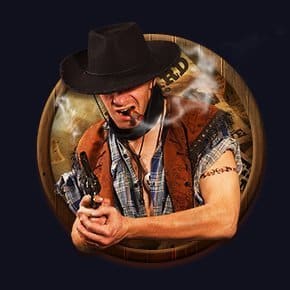 The game play is quite restricted, and the slot is played out over 5-reels and 9 pay lines, so players may realise there is a little less going on than they may have come to expect with other games. Players do have the opportunity to select the amount they bet per line with a minimum of 0.10 up to 1 coin and the players also select the number of pay lines and these can be activated by tapping on the menu symbol which can be found in the top right hand of the game screen. Alternatively, players can use the coloured side tabs which are next to the reels and can also be used to change the number of pay lines that are active. As soon as the player is ready all they need do is select their wager and tap the reels to get going.

When the player lands a winning combination from left to right on an active pay line, they are awarded with a cash prize.
Players can decide whether they wish to use the auto spin function which is how they can select a number of spins with the same bet to spin uninterrupted, meaning that they get to sit back and watch the slot unfold before them.

Other Symbols in West Town

When it comes to the symbols there are 10 basic ones which can be seen on the menu and these start with the usual playing card symbols from ten through to Ace and these look like cards that would be quite at home in a local saloon. The remaining symbols are inspired by the Far West and players need to keep a look out for the Gun complete with holster, Treasure chest, Sheriff’s badge, a glass of whisky and the Sheriff himself. The wild comes in the form of the Joker card and can substitute for all of the basic symbols to create winning combinations.

Land five wilds and you will win the biggest reward which is a huge x5,000 the bet staked. Landing a scatter combination of the badge, sheriff and the wanted poster pays out regardless of where the symbol lands and thanks to the wanted poster players are rewarded with 10 free spins too. Finally landing a combination of five playing cards on the pay line in the centre awards the Royal Flush bonus where the pay out is multiplied straight away by 15.