Fantasma Games have gained somewhat of a reputation for handling Big Time Gaming’s pervasive game engine in a unique and stand out way. This studio creates games that often come across as custom made. With major titles, such as Flower Fortunes and Medallion Megaways, in their inventory of releases, it’s not all too surprising that many of us are vying to see their newest offering - Maze Escape Megaways. All of their previous games have provided us with truly unique uses of the mechanic and we have high hopes for Maze Escape Megaways as a result. When it comes to differentiation from the norm, this game meets expectations, following in its predecessors' footsteps. Megaways has been effectively incorporated into the mythology and fantasy genre, creating a truly enjoyable and stand out gameplay. Sure, this might not be to everyone’s taste, but if you’re a fan of Fantasma Games’ previous outputs, this should tick your boxes equally as well. 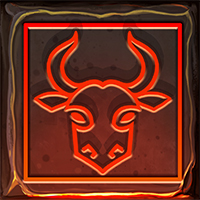 The theme of the game is based on the tale of King Minos of Ancient Crete. After turning his back on the gods, this half-man, half-bull beast was imprisoned in his legendary maze built by Daedalus and his son Icarus. This is a relatively well-known myth with notable figures, which allows the creators to fill the game with a number of recognisable characters, ranging from notable divinities to heroes, mythical beasts and more. In terms of design, Maze Escape brings a rich and dreamy atmosphere to the table. This is an area that Fantasma is renowned for consistently getting right, so we’re glad to say, they have impressed yet again. Creating a scenery of mountains and ruins, the main action of the game takes place on a 6-reel, 7-row grid, sitting in the middle of the whole scene. To get the most of the game’s design, play from a desktop device, as the view on mobile doesn’t quite do it justice due to the limited screen space.

This game isn’t entirely simple, so if you’re looking for something for absolute beginners, it may not be for you. Escaping from Minos’ Labyrinth will take courage and this comes paired with high slot volatility. Just bear in mind that you can work this high volatility in your favour when you’re on an Avalanche roll. To advance in this game, you will need to be a persistent and lucky player. Note that RTP is rock solid on 96.15%, while bets from 20 p/c to £/€40 can be selected on any device. To win in this game, you’re going to have to line up three or more matching symbols to land left to right from the first reel. You should also keep in mind that pay symbols are split into three groups of three symbols. First are low pay Greek letters, lambda, theta, and omega. These are followed by axes, wreaths, and helms as the mids. For high pays, you’re keeping an eye out for three character symbols worth 2 to 3 times the stake for six of a kind. 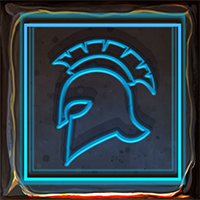 There are a number of unique symbols within this game, each serving different purposes. You’ll notice that the blocker tiles display some special icons. Pay attention to these, as if one of these blocker tiles is removed, a modifier will be activated. First, we have the Guidance of Athena. This goddess will add 1-4 special symbols to the reels. Next, we have Minotaur Wild. When this blocker tile is removed, one complete reel will become wild. It’s also good to note that the wild minotaur reel has a random multiplier of 1x to 7x. Golden disc scatter symbols can result in Labyrinth Free Spins. Simply collect three of these golden discs scatter symbols during one sequence to gain ten Labyrinth Free Spins. Finally, we have the Wings of Icaros icon. When these wing blockers are removed, 1-3 free spins are awarded, or, the win multiplier can increase by x1-x3.

So, what about the free slot machine features in Maze Escape? Well, you’ll find that on each base game spin, a 1x1 tile on the first reel will be highlighted by a golden frame. When a win occurs using the symbol landing inside the tile, the Shifting Maze Avalanche is activated. When this happens, all regular symbols, except the one that has been highlighted, will be removed from the grid, and everything moves one reel to the left. Two blocker tiles will then be removed with new symbols dropping down for another chance to win. Any scatters are collected and saved for the spin sequence, which helps to increase the chance of triggering the bonus round. This process then repeats until no new wins using the special highlighted symbol land.

We’re happy to say that Maze Escape stands up to its predecessors, maintaining Fantasma Games’ reputation for unique and enjoyable gaming experiences. With notable characters, interesting symbols and a host of extra features, this is definitely an option worth trying out.

for playing with Maze Escape Megaways: