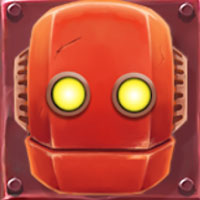 When you look into games by particular developers, you grow to find that there’s somewhat of a connection between the different options. When it comes to developer Fantasma Games, you can rest assured that any game they present you with will have the developers’ unique touch with unusual themes that stand out from the crowd. If you’ve ever played the likes of Flower Fortunes Megaways or Desert Shark, you’ll be sure to know what we’re talking about. In Twisted Turbine, Fantasma Games present us with a futuristic themed slot that will engage you with some truly stand out and unusual mechanics. This game has a unique grid layout, as well as several features that need to be played through to fully grasp how they work. If you’re happy to play a game with lots of rules, and that you may have to persist with before getting a good grip of the gameplay, this option can prove rewarding for you.

You may have noticed that the last few free slots created by Fantasma have been within the realm of fantasy with heavily fantasy based gameplay. Twisted Turbine represents a break from this, letting go of legends of the past and turning our attention in the exact opposite direction. The futuristic gameplay takes place in a 5-reel grid area, set in an industrial complex. This could be a factory, a lab or a landscape of robots. You’ll find all sorts of gadgets and monitors across the grid, which spins on a rotating turbine.

When playing this game, you’ll play on a truly different grid layout. The grid in Twisting Turbine takes a distinct 5-3-1-3-5 formation. But not to worry. While, in normal circumstances in other gameplay, having one symbol on the middle reel would seriously reduce your chances of landing winning combinations, Twisted Turbine compensates for this. The game makes use of a win-all-ways system, which provides 225 ways to win. You have good chances here! You can gain a hit when three or more identical symbols land on consecutive reels, starting from any reel. Sounds good, right? Playable from 20 p/c to £/€100 per spin, this is a game that provides a whole lot of genuine potential. This serves well considering its high volatility and an RTP rating of 96.51%. Prepare for a lot of dead spinning though, as this is common with this set up.

Symbols in this game are relatively straightforward. One thing that will immediately jump out to you when playing is that the symbols only come in two different colours - these are red and blue. There are four symbols in each colour group – bolts, batteries, fire/electricity, and robots. Bearing in mind that only one symbol can land on the middle reel, only one set of coloured symbols can win per spin, so keep this in mind. Five of a kind values range from 0.5 to 2 times the stake. This means that they won’t prove very valuable in one-off wins. However, there is the golden ‘W’ wild which can substitute for any regular symbol, creating a winning combination.

When it comes to features, Twisted Turbine has plenty of them. As we noted earlier, this is a complex game that may take a bit of practice, but you will get there. The first feature on offer is the Avalanche feature. This is where symbols in winning combinations payout, then disappear. New symbols will then fall down to create more opportunities to win. This is a standard and classic cascade mechanic. Now, let’s take a look at the Twisted Robot Credit win. Every two wins with the same coloured symbol fills a corresponding Turbine Robot meter, while also accumulating a credit win of 1x the stake. You’ll find that this is added to the Robot’s display. When you fill the Turbine Robot meter at the bottom, you’ll see the Twisted Turbine feature rotate the grid by 180 degrees. This goes on to increase a rotation multiplier, up to x20 in the base game.

Our final thoughts on Twisted Turbine is that it’s a complicated and complex game that is more than worth persisting with. While it may not be suitable for slots beginners, it is a challenge and more rewarding for experienced players.

for playing with Twisted Turbine: