G Games has become a household name in the slots category of gaming. After starting out as any other startup company, it has become a trusted source of software for many companies who wish to make their slots game. The category of slots is very competitive as you can imagine. The simple pull and wait game are no longer viable, slots have to be creative, immersive and allow the player multiple options to reach the goal. This is why story-telling has become a big part, something which G Games’ software makes good use of. 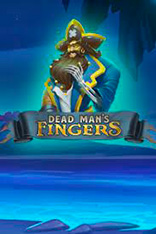 A little bit about G Games

The company was founded by Paul Dolman-Darrall and Helen Walton. He is the Chairman and she is the Marketing Director. The company itself is actually owned by the employees just like every startup that has put it’s money where it’s mouth is regarding it’s employees. G Games offers a unique software that is great for slots. However, G Games Slots have shown that the software is capable of having unique stories, characters, features and graphics which really hold their own in such a rising field. It went through a rebranding and then a merging with Gluck, which is said to benefit players due to the mixing of talents and greater offerings.

G Games offers a lot of classic games, but in renewed and better form. For example, they have made The Heist, a very popular game that mixes puzzles and fortune ladders. Spinlotto, Gears of Fortune and others have become hallmarks of this particular software company. The Heist actually took the title of ICE 2016 Game to Watch, as it became a huge success around the world, on both iOS and Android. At the moment, the company is focusing on retro slots as they have proved to be favorites with fans. However, retro slots have been remade, with better graphics and features, which allow for 10p slots. This has meant that there’s not a lot to lose for each turn which prevents players from feeling overwhelmed and causes them to back out. There is smart thinking and design behind these games. In terms of style, the visuals are bright, with great animations and details.

The games that stand out the most from G Games are Psycho Candies. This is a unique twist on the world-beating Candy Crush. The cluster pay prizes and collection mechanic is reminiscent of the latter. It also has a popular slot called Tomb of the King, which has an Egyptian themed slot that has expanding symbols, wilds and scatters. It’s rich, with a good engaging background to complete the theme. Vomiting Unicorns will catch you by surprise, for it’s 50s style diner and bizarre vomiting unicorns. There are two ways you can trigger a large bonus that keeps the games interesting.

Why did G Games Merge with Gluck?

The merger occurred because it made sense to mix G Games’ unique software and the talent of Gluck to produce exciting games that will challenge for the top spot in the charts.

The software allows for a range of slot games to be made, without needing to make big changes to the backend. It's very easy to learn and can provide a great resource to new and seasoned developers.

What else does G Games do?

They also publish puzzle games, and real money games of lottery and casino.