for playing with Indi:
TAGS Latestresponsive 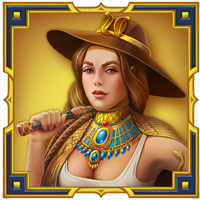 Based on the never-ending Indiana Jones movie franchise, Indi is a slot based on the adventures of Jones's daughter, named Indi. We join Indi as, just like her father, she is exploring another temple looking for exciting artefacts. However, this time Indi is involved in finding something hidden in an Egyptian temple in the desert. As far as we know, the narrative is precisely the same as any other Indiana Jones film – Jones finds an artefact, baddies want it, villains lose in a fight, the relic is placed in a museum somewhere in the western world.

The features of this game are threefold. The first feature in this game is the wild bonus concerning the wild icon, which, like other free casino slots, substitutes for regular symbols to help create more frequent wins. The second feature included in this game is the free spins round. The book of Scarab is the scatter for this game, collect 3 of them on the reels at once, and you will be granted 8 free spins. A designated symbol is chosen at the beginning of the round to become the expanding symbol for the spins. Finally, there is a straightforward gamble feature. All bonuses will be explained in full later on in the review.

This theme is an Indiana Jones theme for all intents and purposes, just with a little twist. Indiana Jones, as G Games have established here, will never truly go out of style. Even if slot providers and movie directors have to reinvent the genre a thousand times, they will never really let it die. So if you are a big Indiana Jones fan, then this slot will work for you. G Games do deserve a little credit in that they have followed the most recent storyline of the franchise in that there is a strong female lead and a new set of adventures. The background for this slot game is an Egyptian temple with all the Hollywood trademark props from the many sarcophagi, the bold hieroglyphics and the proliferation of gold everywhere.

Indeed to the left and right of the reels are two golden sarcophagi representing the god of death and the underworld, Anubis. Above the reels is a pediment made from ornate technical stonework, which works well with the overall temple feel. The board takes the space of the middle section of the screen and stretches from column to column on a dark blue background. The dark blue is actually very helpful in making the golden symbols pop nicely from the reels.

The symbols for this game are comprised of low-value, high value and special symbols. The low-value symbols are the 10, J, Q, K and A in playing card royals. The most valuable of which pays out at 16x the stake for the top combination. The higher paying symbols, on the other hand, are the picture symbols. These are made up of the sun god Ra, the Eye of Horus icon, the Pharoah and the female lead of the piece Indi. Indi is also the most valuable paying an impressive 600x the stake for the top combination. The specials comprise the book of Scarab, which is the free spins symbol and the wild, which is an icon with the word wild written on it. 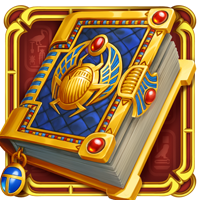 Indi is played on a 6-reel, 3-row playing board with 10 pay lines available. To create winners in this game, players must match 3 or more symbols in combination from left to right on the reels. The betting range for Indi is 10p to as much as £20 per spin. To change your betting level per spin, use the bet adjuster tool located at the bottom of the playing window.

Further information regarding the slot, including a display of the paytable, can be accessed by clicking on the settings menu. The spin button is located to the bottom right of the reels. You can set up auto spins in the game's menu. The volatility for Indi is unknown. The return to player percentage for Indi is 95.2% which is below average. The biggest payout that players can win on one spin is 1,000x your spin.

The first feature in this game is the wild bonus. The wild icon substitutes for any other regular symbol in the game, helping players score more wins. The second feature is the free spin round, triggered by landing 3 of the book of scarab icons on the reels simultaneously. This will grant you 8 free spins. At the start of the round, a random symbol will be selected as the expanding symbol for this game. These symbols expand to cover entire reels and help score more wins. If you land 3 additional scatters from within the round, you can up your spins by another 8.

Finally, there is also a gamble feature in this game. This feature is available at any point during the game. To the right of the spin button is an option button that will allow you to gamble or collect with every win. If you choose to gamble, you must then bet on the colour of a card facing down. This gives you a 50% chance of doubling your win. Lose, and you will lose the win's proceeds entirely.

If you love Indiana Jones and are a fan of classic gaming, this is a slot for you. From a payout perspective, however, this game is less impressive. This is due to the under average RTP, poor top prize amount and unspecified volatility, which could mean waiting forever to trigger a feature. G Games again might be better off tempting players in with a little more substance.

How many reels does Indi have to play on?

This game has 6 standard reels.

The top payout for this game is 1,000x your stake.

Yes, Indi is optimised for all mobile devices.

What is the max RTP for Indi?

The maximum return to player percentage for Indi is 95.2%.

What is the betting range for Indi?

for playing with Indi: