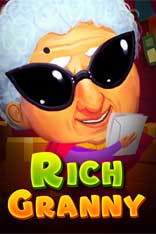 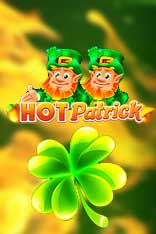 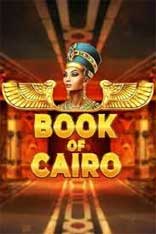 Created by the relatively new software developer Gamzix, Buffalo Coin Hold The Spin is yet another online slot game that uses the popular Americana theme and hold the jackpot bonus format to attract players. Mechanically, this is a traditional five-reel slot with 20 pay lines and an RTP that sits around 96.3%. Players won’t see much innovation here as Gamzix has tried to amalgamate all the popular trends currently taking hold of the slot industry to come up with a full-proof formula. However, whether players will flock to this game is yet to be discovered.

The features of this game starts with a free spins game triggered when players land three or more scatter icons on the reels simultaneously. The more scatters you land; the more free spins will be awarded to you. However, the main bonus included in this game is the hold the jackpot, or in this case, the hold the spins bonus. This is a jackpot bonus which is triggered when players land five or more of the coin bonus symbols on the reels at the same time. Do this, and the game will take you into a new re-spin game which rewards you for landing additional coin bonus symbols with the opportunity to all win fixed jackpot amounts. All features will be explained in more detail later in the review.

The theme for this game is the American wilderness combined with aspects of Native American culture. This is a very popular aesthetic at the moment and usually comprises some sort of mountainous background combined with dream catchers, wolves and other iconic North American animals such as the bald eagle and the buffalo. In all honesty, there are so many of these types of slots out at the moment, it becomes difficult to differentiate between them. At least this one is of vaguely high quality and feels slightly more put together than a few currently on the market.

The background, as expected, is an image of a mountainous landscape dominated by evergreen trees. The image is shot at dusk, so the colour palette is quite an appealing set of blues, purples and pinks. The image is nice and general and, although not entirely exciting, is at least tranquil, providing a calming influence on the dynamic and exciting reels.
The playing board for this game, following suit is a wooden construction with totem poles carved at either end.

Buffalo Coin Hold The Spin is played on a 5-reel, 3-row machine with 20 fixed pay lines. To win combinations, players must land three or more matching symbols on pay lines moving from left to right, starting from the leftmost reel.

The betting range for Buffalo Coin Hold The Spin is 20p to £20 per spin. To adjust their bet levels, players can toggle their stake up and down using the tool located at the bottom left-hand side of the screen.
Further information, including a short tutorial and a display of the paytable, can be found via the menu button in the right-hand corner of the screen. The spin and auto spin buttons are located in the centre of the screen.
Volatility for this slot is rated in the medium range. The return to player percentage for Buffalo Coin Hold The Spin is 96.3%, which is above average. The biggest payout that players can win on one spin is 5,200x your stake.

The first feature included in this game is the wild bonus. The wild in this game – the buffalo, substitutes for all other symbols barring other specials to help form more wins. It also is the most valuable icon in the game.

The next feature is the free spins game. This bonus is triggered when players land three or more of the mountain scatter on the reels simultaneously. The game will then give you several free spins. The more scatters you land to trigger this free round, the more free spins you will take into it.
However, the primary bonus in this game is the hold-the-spin game, triggered when players land five or more of the golden coin scatters on the reels simultaneously. Do this, and the coins become sticky while the rest of the symbols disappear as you transition to a new game board. Here only more coins and blanks can land. You are then given three re-spins. Yet, every time a new coin lands on the reels, these re-spins will be refreshed. The aim of the game at this point is to try and land as many golden coins on the reels as possible before running out of re-spins.

When you finally run out, all of the values shown on the coins collected on the screen are added together and paid out in one lump sum. However, the player may also win fixed jackpot amounts in this bonus by landing special jackpot icons which correspond to specific jackpots. There are three of these, the most valuable of which are earned when you land three of the Mega jackpot bonus scatters.
Finally, this game also has a bonus buy option allowing players to purchase their access to the free spins and hold and win features. However, this option is not available in the UK.

As a new studio, it is understandable why Gamzix might want to blend in and create games that are proven attractive to players. However, we can’t get over the feeling that their introduction to the industry could have been so much more exciting if they had done something different with their flagship games. Regarding winning potential, this is a pretty average game with nothing that points to particularly exciting or poor winning dynamics. Try also Buffalo, a fun demo game full of bonus.

Is there a free spins round for Buffalo Coin Hold The Spin?

Yes, with modifiers too.

What is the betting range for Buffalo Coin Hold The Spin?

What is the return to player percentage for Buffalo Coin Hold The Spin?

What is the volatility for Buffalo Coin Hold The Spin?