Rednex K.O. Slot is a new 6 reel, 50 payline game from Green Jade Games. It's a barnstorming, foot-tapping, straw chewing blast of a game based on the 90's hit 'Cotton Eye Joe' from the Swedish Eurodance group of the same name, Rednex. The soundtrack uses the song, a tongue-in-cheek fusion of electro-dance and traditional American folk,  as its soundtrack. Take a journey into the Deep South of the United States and be prepared for an earworm that will last for days!

The cartoon-style visuals are colourful and of excellent quality, remaining sharp and fresh on any type of screen. The slots are designed around a farmyard set up for a good old-fashioned country hoedown. There is nothing old style about this game, though, with its turbo-charged reel speeds, exploding fish, and suitcases stuffed with cash. All this mayhem combines with the upbeat soundtrack of 'Cotton Eye Joe', giving the game a high-energy feel.

You can play Rednex K.O. Slot wherever you are on your mobile, tablet, or computer screen. The game is designed around 6 reels, 4 rows, and 50 fixed playlines. You can become a winner by bagging 3 or more of the same symbol across a line from the first reel. Spins start as low as 50p and go up to £25. Players can choose between 10 and 100 auto spins, using a lightning bolt icon to speed things up. You can set win and loss limits if you wish. The RTP for the Rednex K.O. Slot is an attractive 97.167%, somewhat better than the slot game average of 96%. A single spin can bag you up to 4 000 times your total stake per spin.

The symbols are based on a country theme with beer crates for the lowest value and stakes rising through animal skulls, beer cans, banjos, and a toothless hillbilly. The highest reward value symbol is a feisty cowgirl. It's easy to keep track of things as the playdeck shows totals in cash. 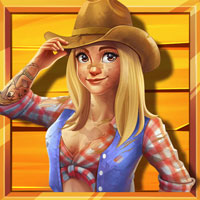 The Dancing Wild feature comes into play when a pair of cowboy boots appear on any basic game spin. The icon's appearance triggers a respin during which the dancing wilds move to the far end of the right reel. Each right shift earns a 1 x multiplier. Knockout feature: also appearing on the reels is a suitcase stuffed with lovely cash. Three of these suitcases in a horizontal line will land you an instant cash prize. As spins rack up, you can activate the Smash feature. As the name suggests, this feature allows you to smash the ordinary symbols in a bid to create a clear run of suitcases. Dynamite Fishing Bonus: a horizontal run of 4,5, or 6 suitcases will lead you to a new screen where you can play the dynamite fishing bonus. It's a lazy way to fish, but in Rednex world, you can throw sticks of dynamite into a lake and earn a cash prize for every dead fish that bobs up to the surface! Rednex K.O Slot has one more surprise up its sleeve - The Skill Balance Pot. Any winnings that you have let slip through your fingers are collected in the skill balance pot then recycled and awarded back to you as mystery prizes.

Rednex K.O. Slot is a fun game with a quirky sense of humor and a feel-good soundtrack that you will not be able to get out of your head! It has a bunch of great features that will keep surprising you. Who doesn't love exploding fish and, even better, being rewarded for their poor play with mystery prizes! The above-average RTP and the fact that you can play it across all your devices are more great reasons to get your hands on this game.

Which devices can Rednex K.O. Slot be played on?

You can play Rednex K.O. Slot on any device, including your mobile, tablet, or laptop.

What is the game's RTP?

How can players keep track of their winnings during the game?

The playdeck displays your winnings in cash, so it's easy to keep track of them.

for playing with Rednex K.O.: