Northern Heat is a superb new slot from the gaming developers at Mascot Gaming and whilst this is a relatively new company, the team really know exactly what they are doing. Mascot Gaming are responsible for various form of entertainment and have taken their inspiration from the most popular and played casino themes.

Northern Heat talks a great deal about animals that can be found in the North Pole such as wolves, seals, polar bears and walruses. The slot is played out using a common 5x4 box layout and 40 pay lines, which means that players have many chances to win with the minimal outlay. The game is also available to be played for free which is the ideal way to get a real feel for the game prior to players actually using their own money.

The slot also offers an unlimited free spins round that can be activated when the player lands two scatters on their first and last reels, and the free spins bonus comes to an end when players land another two scatter symbols on their reels.

As stated, above Mascot Gaming are a young company and as such are producing some slots that give even the most favoured games a run for their money! Players can have fun playing Northern Heat whilst being accompanied by the polar bears and their friends, however, players should not be fooled as this extremely cold theme can heat up really quickly particularly when players land two compasses on their 1st and 5th reels and as so the free spins are activated, and these do not come to an end until two more scatters are landed.

When it comes to graphics these have been created with the utmost care with all of the symbols being very realistic and the We will go into this later in the review. To play Northern Heat you will need to place a minimum bet of 40 cents, 1 cent x line, and spin the reels to find out what you've won.

The graphics of the Northern Heat slot game are very well taken care of, with symbols drawn very realistically and the colours that have been used such as white and blue are very reminiscent of the North Pole and work perfectly. The symbol that is depicted by the wolf is the most rewarding and will award players with up to x10 of their bet for landing five on a pay line. The seal, walrus and polar bear all follow.

The slot also has the symbols that are less valuable to players but far easier for players to land and these include French card numbers and various letters. The special wild symbol of the game is represented by the wolf footprint and this can replicate all of the other symbols with the exception of the scatter. However, the wolf footprint will only appear on the 2nd, 3rd and 4th reels. 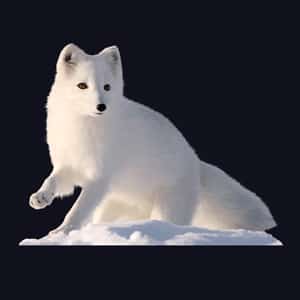 Now we will take a look at the bonuses that are on offer in Northern Heat and players will be pleased to find out not only are these symbols incredibly special, but they are incredibly profitable too. Firstly, there is the unlimited free spins bonus which is very tantalizing bonus that is only offered in a few of the slots that are currently available.

Next is the bonus game, which is triggered when the player lands two scatters in any position on their reels. When they do, they are rewarded with unlimited free spins that only end when two or more scatters are landed again.

Also, whilst players are spinning their free spins the wolf footprint wilds become extended wilds which sees them covering the whole reels where they have landed.
I really enjoyed playing Northern Heat it is an excellent theme that is played out beautifully. Everything from the graphics to the bonus rounds are expertly delivered and the whole slot is a lot of fun to play.

for playing with Northern Heat: