Street Fighter 2 from the development team at NetEnt has been greatly anticipated since the launch at ICE London 2020 and it certainly silences anyone who thought they have lost their innovative magic. Now the wait is finally over and there is no doubt that this slot will exceed all expectations. 5×5 grid slot with cluster pays and a ton of extra features. 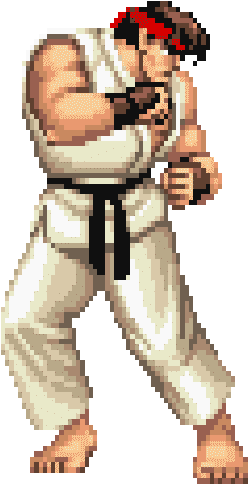 The slot is based on the 1991 iconic arcade video game of the same name. It would be fair to say that this slot almost reconceptualizes everything you expect from a slot. Firstly, the arcade license is well used in almost every part of the game. Secondly, the entire slot is new and fresh, however there are a few drawbacks, but we can look at them more when we get to them.
The first point to understand is that this slot is based on the original coin operated slot which was first released in 1991. The first Street Fighter was a hit, but the sequel took everything even further, in fact to a completely new level and was a dominant force in arcades all over the world. Players will love the fact that all eight characters make an appearance in this slot and each one also brings their own unique modifier with them.

To begin with you have to choose the player that you want to battle and then select the bet which starts from just 20p per spin up to a maximum of £700 per spin, however it is worth noting that this does change dependent on where you play the game. As soon as this is done you are ready to play and your character jets off to begin their battle. Every battle includes multiple spins and finishes when one of the fighters has no health left.

Central to the whole slot is the cluster pays system which plays out over a 5x5 grid with 25 symbols that tumble into place on each spin. Wins occur when you connect four or more of the same symbols either vertically or horizontally and this also activates the Avalanche feature. When the Avalanche feature starts the winning clusters are removed and new symbols then fall into place. The Avalanche feature continues until no winning clusters appear.
The high paying symbols change in accordance with the character fighting, and the lower paying symbols are the usual playing card symbols Jack through to Ace in an arcade game font. The four highest paying symbols two of which are victory versions and the other two are the defeat versions which pay up to 30x for landing clusters of 16 or more. The victory and defeat symbols can also appear as colossal 2x2 and provide guaranteed wins. When you land combinations of high symbols the corresponding fighter takes on the opponent until one of them reduces their health bar to zero. If the player is defeated the Car Smash Bonus game comes into play and if they win the Beat the Boss game is launched instead.

The return to player offered in Street Fighter 2 ranges from 96.02% – 96.08% and this is dependent on the character that you select, however if you have the Insert Coin Gamble active the return to player rockets up to between 98.7% and 100%. The volatility in the game also varies from fighter to fighter but this is also a high return regardless.

When it comes to the features included in Street Fighter 2 it all stems from the fighter that you pick and the eight characters have a different effect on the outcome with a sliding volatility scale of “Win Off” or “Win Big.” The individual characters will provide you with the following:

Every character has their own Wild Gauge and when a high paying cluster is landed the gauge fills by one point. As soon as no more wins are landed the 7 points on the gauge becomes active and the modifier as described above comes into play with the wilds being able to substitute for any other symbols to create winning combinations.

Every battle you take part in will result in either a win or a loss. If you lose then the Car Smash Bonus feature is triggers and you can either manually hit a car or use the “Quick Finish” button to win from 5 – 15x your bet. Once the fight is over you can either stick with your character or select a new one. Alternatively, if you win the battle the Beat the Boss Free Spins feature is activated and the rules for this are the same as the base game apart from the boss levels have an attached multiplier.

There are no determined number of free spins instead the bonus feature stays in play until one of the bosses are defeated. The first boss is Balrog who comes with a x2 multiplier, next is Vega with a 3x multiplier, then there is Sagat who has a 5x multiplier and finally M. Bison who comes with a x10 multiplier. If you defeat all the bosses, you will be rewarded with 100x your stake.
Finally, when you lose to one of the bosses you could be provided with the chance to restart the level using the Insert Coin gamble. This feature can only be used once per free spins round and it does require you to give up some of your winnings. However, the advantage is that you then get to play with the higher return to player of 98.7% - 100%. 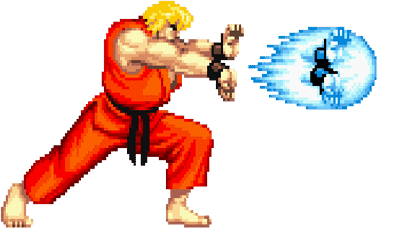 It is difficult to decide where to begin with this slot as there is so much going on. One thing for sure is fans of arcade games will adore this slot however it does require you to stick around for some time to progress far with the game. This means that when a battle begins you are committed to play until you win or lose. The only point I should make here is that your bankroll can fall as quickly as it rises. The Car Smash bonus is not the most exciting bonus maybe due to the lower prizes on offer but on the other hand land the Beat the Boss game and things really do look up particularly as there are no set number of free spins and the additional multipliers make all the difference.

I enjoyed this slot immensely as NetEnt have brought almost every aspect of an arcade game into this one game. The slot may not be perfect, and the target audience is specific as it will not suit those looking for a straightforward slot. One thing NetEnt have managed is to create a slot like no other currently available.