PearFiction Studios is a relatively young reality in the world of online gambling, however in its few years of life has developed important collaborations and created memorable games. One of the main objectives of the team is to create slot machines that can stand the test of time. An ambitious challenge for a world in an industry in constant change, such as that of iGaming. PearFiction Studios seems to have resources and creativity to stand a chance to win its share. Get acquainted with some of its most famous titles, and find out everything you need to know about PearFiction Studios. 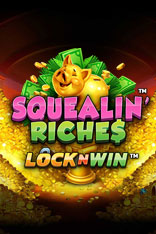 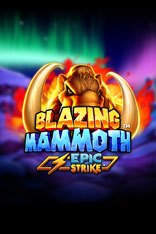 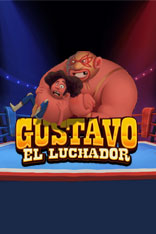 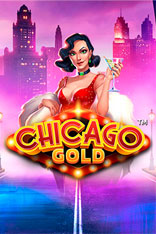 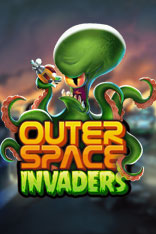 PearFiction Studios is a company that operates in the field of online casinos by creating online slot machines. At first its vocation was more leaning toward mobile gaming, however over time established itself as one of the most innovative and fresh software providers in the online gambling landscape. This company proudly proclaims to do “everything by itself”, and in fact it is within the production studios that every game is developed in every aspect, from the initial concept, to the graphics, to the music, to the technology behind it. Casino operators, who are looking for interesting titles and quality products for their gaming portals, are satisfied with the very fine standard of this game provider. Gamblers, who always love to find new ideas of interest, can find what they are looking for in PearFiction Studios Slots. Its catalog is divided between its own brand slots and others created for third parties. Immediately stands out the very high graphic quality, usability of their website, and the level of details provided. It certainly can be said that PearFiction Studios has made a commitment to conquer its place on the fame wall among very fierce and respectable competitors.

PearFiction Studios is a company that opened its doors in 2014 with a quite different vocation from what was then his next path. Based in Montreal, Canada, it was originally developing videogame entertainment, but not linked to gambling. In fact, it used to create games for iOS and Android mobile devices. The following year was the turn of the next step, with the creation of PowerUp Slots which marked the company’s entry into the world of slot machines. In 2016 the studio finally landed on the world of real gambling, in other words where players engage with real money. Hence two of the most important collaborations that PearFiction Studios still carries on today, the one with Microgaming and the one with Leander Games. For these software providers, the studio has produced some interesting titles, such as Gustavo El Luchador, the first to be released in 2018, and Chicago Gold. Today, thanks to a team made up of skilled collaborators in the most diverse disciplines necessary to create high quality slot machines, PearFiction Studios continues to develop new projects by making slot machines under its own brand and on commission.


If there is one thing that immediately catches the eye when you start a game at a PearFiction Studios slot, it’s how experience gained in the mobile field has paid off. The freshness of the titles of this production house makes graphics and animations stand out and look very close to latest generation games, and this is amazing for the general public. PearFiction Studios is certainly already projected into the future, so we can expect it to continue developing games of great interest in the coming years. If there’s a software provider you want to keep an eye on, PearFiction is one of them.

Let’s take a closer look at its portfolio. PearFiction Studios slot machines have a very distinctive feature, displaying modern graphics, with bright colors, eye-catching. They use gameplays that engage users to a deeper level, making them feeling part of the story. Each PearFiction Studios slot, in fact, tells a story, where those who play can play the role of the protagonist. Let’s a list of own-label titles:

PearFiction Studios is a young software provider in terms of years of activity, but enough skilled to be among the best in online gambling industry. Despite a small sized portfolio, there are good prospects of being able to offer new surprises in coming years, developing and delivering new exciting and well-made games. Get to know PearFiction Studios products on our site: find their slots in free mode to play them as long as you want.

Who is PearFiction Studios?

It is a private company that has as its mission the production of slot machines, created specifically for online casinos.

Where is PearFiction Studios based?

The company is based in Montreal, Canada and was founded in 2014.

Has this provider always worked in the online gambling business?

No, it previously dealt with mobile games.

Who has PearFiction Studios collaborated with?

Numerous collaborations have been successfully concluded with other well-known companies, such as Leander Games and Microgaming.

What are PearFiction Studios most popular titles?

Some of the most famous titles are Gustavo El Luchador, Chicago Gold, Outer Space Invaders.