for playing with The Wild Class:
TAGS most-popularresponsive 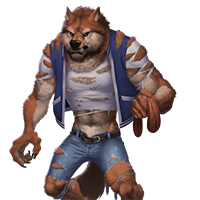 Did you like the trademark werewolf movies of the 80s’? The terrifying transformations, the amazing costumes and the sometimes tragically poor acting were enough to get most people to watch. Well, this latest slot by Play ‘n GO has recreated this theme for the modern era. In addition to the exciting characters, the Twilight-esque romance and the great soundtrack, this game also has a brilliant but limited selection of features.

This awards you seven free spins, with the number of scatters used to determine how many human symbols turn into werewolves. These wolves are wild throughout the feature. The features will be explained in more detail later on in the review.

This slot’s theme is inspired by the collection of movies and TV shows that came out in the late 80s’ and early 90s’ that were obsessed with the idea of teenage werewolves. Shows included Teen Wolf, Buffy the Vampire Slayer and Monster Squad. However, this particular game follows the story of three university seniors in an American high school who transform from unassuming nerds and cheerleaders every midnight into savage werewolves. Although the theme is very cheesy, Play ‘n GO makes it work because they make the visuals and graphics high incredibly alluring.

The background for this game is a creepy amusement park on a moonlit night somewhere in the heart of the USA. To the left of the reels is a line of stalls selling various confectionary, above which a giant Ferris wheel spins, covered in bright white lights. To the right of the playing board, there is also a selection of red and white stalls; however, above this line of games tents is a roller coaster, illuminated by the unmistakably full moon, in which you will find the game’s current multiplier value.

The board for The Wild Class is a silver encased box with sharp edges with a dark blue interior. The silver edges are probably a hint to the werewolf theme, as silver is, according to legend, one of the only things that kill werewolves.

The symbols for this slot are split into low-value, high-value and special symbols. The low-value symbols for this slot are the 10, J, Q, K and A icons in playing card royals. Each of these symbols has been created in the Letterman jacket style. The more valuable symbols are the three teenage werewolves – Jess, Mike and Chris. The most valuable of which will pay out at 10x the stake for the top combination. Jess is the Cheerleader, Mike is the Jock, and Chris is the Geeky guy. They appear in formations as high as three stacked symbols. The specials comprise the wild symbol, which substitutes for other regular symbols to help score more wins. Finally, the scatter symbol is the High School’s Sports team Logo- the appropriate Wolves badge.

The Wild Class is played on a 5-reel, 3-row playing board with a total of 20 fixed pay lines. Players must land three or more matching symbols in paying combinations starting from the leftmost reel to score wins in this game.
The betting range for The Wild Class is 20p to £100 per spin. To adjust their bet levels, players can toggle their stake up and down using the tool located at the bottom left-hand side of the screen.

Further information, including a short tutorial and a display of the paytable, can be found via the menu button in the right-hand corner of the screen. The spin and auto spin buttons are located in the centre of the screen.
Volatility for this slot is rated around the medium to high range. The return to player percentage for The Wild Class is 96.2%, which is just over average. The biggest payout that players can win on one spin is 6,666x your total stake.

The first feature in this game is the wild bonus. The game’s wild icon can land on any reels and helps trigger more wins by substituting for other symbols barring the game’s scatter. This wild can also fall in a stacked formation of three symbols high.
The second feature in this game is the Win Multiplier bonus. As you’ll notice to the top right-hand of your screen, the win multiplier is displayed. This stays at a baseline of 1x in the base game. However, when you land a stacked symbol, the multiplier grows by 1x. The maximum you can get this multiplier to be 5x by landing a stacked symbol on all five reels at once.

The multiplier resets between spins in the base game, but in the free spins, it sticks as it is for the duration of the feature.

The final feature in this game is the Blood Moon Spins bonus. Landing three or more scatter symbols on the reels at the same time will trigger this bonus. You are then given seven free spins. Each scatter that you land within the free spins adds another spin to your tally. The number of scatter symbols you triggered the bonus with at the beginning determines how many human symbols will turn into werewolves in the free spins game. This is important, as these symbols turn into wilds. The types of free spins you can activate are explained below.

The Wild Class has all you could want from a werewolf themed online slot. It has excellent graphics, a few terrific features and a high-quality feel that is the trademark of Play ‘n GO. The RTP and volatility are also relatively promising, so players could come away with some decent wins here and there.

Which studio developed The Wild Class?

Is there a free spins round for The Wild Class?

Yes, with modifiers to boot.

What is the betting range for The Wild Class?

What is the return to player percentage for The Wild Class?

What is the volatility for The Wild Class?

The volatility for this game is rated in the medium to high range.

for playing with The Wild Class: