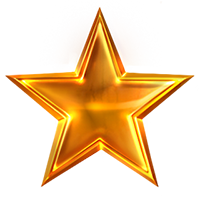 Classic fruity slots seem to be on the rise again in the online gambling community. This may be a part of a player rebellion against the modern and sometimes convoluted slot machines that the contemporary online casino is full of. Or it may be just a desire to get back to the purer ways of slot gaming before the endless features and increasingly complex thematic gimmicks made things a little overwhelming. Either way, 3 Fruits Double Hit is a perfect example of one of these purist slots with Playson keeping things simple yet effective.

In keeping with the very stripped back style of this slot, the features that come with it are about as simple as you can find on an online slot game. For example, this slot does not even use wilds. You will have to score wins the old-fashioned way by matching symbols across the board without aid. That isn’t to say there isn’t at least one good feature. This feature comes in the form of a scatter collection bonus which rewards players for collecting scatter symbols (the gold stars). The more collected on one spin the larger the payout. 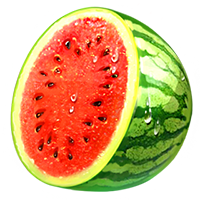 3 Fruits Win Double Hit as we have mentioned is about as no-frills as an online slot gets. The main thematic inspiration for this game is the original fruity machines of the 1900s.

Fruit symbols were first used in slot machines in 1909 when San Francisco banned all slot machines in the city. To get around this ban, manufacturers started turning their slot machines into chewing gum dispensers. All they did was change the playing card reels to fruit symbol reels to represent the various flavours of gum on offer. They also changed the mechanics so that every ‘bet’ meant a win, the only uncertainty was what flavour you were going to get.

However, when the law changed to allow the machines again, people had got so used to the fruit symbols that manufacturers decided to include them in the new machines. Thus, fruit symbols became synonymous with slot machines and the association continues today.

Looking at 3 Fruits Win Double Hit you’ll see a blue silky background, onto which a 5-reel, 6-row playing window has been imposed. Really these are two sets of reels which have been stacked one on top of the other, each made of 5 reels and 3 rows – hence the “Double Hit” in the title.
In terms of symbols, there are just 7 normal symbols and one special to think about. The regular symbols are lemons, cherries (the lowest paying symbols) plumbs, oranges, grapes, watermelons and red 7s (the most valuable normal symbol). The special is the scatter which is the gold star. This is the most valuable symbol in the game and can land you a huge 5,000x your stake win.

3 Fruits Win Double Hit is played on a double playing board, each window with 5 reels and 3 rows. However, they will all spin together when you hit the big yellow spin button. There are 10 bet ways in total for this game. To score wins players need to match a minimum of 3 symbols across pay lines in formations travelling from left to right across the reels.

The betting range for 3 Fruits Win Double Hit is 10p to £100 per spin. To adjust their bet levels players can toggle their stake up and down using the tool located at the bottom left-hand side of the screen. Further information, including a sort tutorial and a display of the paytable can be found via the menu button in the right-hand corner of the screen. The spin and auto spin button are loacted in the centre of the screen.

Volatility for this slot is rated to be around the medium range. The return to player percentage for 3 Fruits Win Double Hit is a little under average at 95.6%. The biggest payout that players can win on one spin is 5.000x your current stake.

As we have mentioned, 3 Fruits Win Double Hit is not stuffed to the gills with features. It doesn’t even use wild symbols. Instead, we have the use of the subtle scatter gaming mechanic which surreptitiously helps players move forward with their game.
The scatter symbol for this game is a bright golden star. It can appear anywhere on the reels. For every spin, some stars may land on the reels. You must land a minimum of 3 stars to be awarded a scatter win. However, the win grows depending on the number of scattering that you collect per spin.

Purists or “hardcore” slot gamers will love this no-nonsense approach to gaming and love even more that there are double the normal rows to play on. The design is simple crisp and easy to follow. RTP is a touch on the low side but at least there is a sizable max win worth staking a few coins for in 5,000x your stake. Playson have listened to what gamers want and given it to them with no compromises.

Is there a free spins round for 3 Fruits Win Double Hit?

No, sadly there is no free spins round for this game.

What is the betting range for 3 Fruits Win Double Hit?

What is the return to player percentage for 3 Fruits Win Double Hit?

What is the volatility for 3 Fruits Win Double Hit?