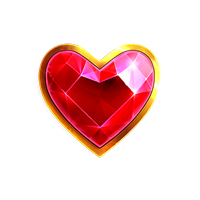 Developed by the slot game experts Playson, 5 Fortunator is a classic-style slot game with a few great features and a simple yet satisfying level of gameplay. If you like your slot games simple, well-executed and animated to an excellent standard, then 5 Fortunator might be exactly what you're after. You can play this game at home on your laptop or tablet or on the move on your mobile as it is optimised for all devices. It has five pay lines, a good RTP of 96.25% and a relatively steady volatility rating. Discover more about the slot in the rest of this review.

The features in this game revolve primarily around the wild and scatter symbols. The wild (which in this game is the golden crown) replaces all icons barring the scatter to create more frequent combinations. It also comes in an expanded format, often taking over the entire reel to help score more combos. It only lands in the central three reels, however. The gold and diamond scatters pay whenever they fall and award various size multipliers to help boost the winning of combinations scored across the board. 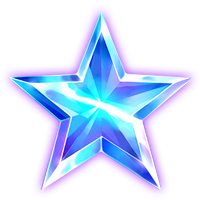 The theme for this slot is a simple classic casino theme with a touch of gem-inspired aesthetics, especially in the symbols area. You will see the typical things of most casino-like slot games here – card suits, BAR symbols, golden bells and a lush gambling table background. The studio at Playson has done as much as they can to give players the real world casino experience from their own homes, which in modern times is even more valuable than it used to be.

The background, as briefly mentioned, has been designed to emulate the surface of a billiards table that you might find in an actual physical casino. By this, we mean it looks like it has been created from a deep green velvet and has that luxurious texture that you find in some of the nicer casinos around the world. There is also a faint repeated pattern on the velvet, which, if you look closely, is a small crown in a diamond, which, as you will know, is the logo and wild for this game.
On the other hand, the board is a golden rectangle with the pay lines labelled with small red diamonds.

The symbols are split into low-paying, high paying and special symbols. The low-paying symbols are the card-suit symbols – hearts, clubs, spades and diamonds; each is decorated with a different coloured gem. These will pay anywhere in the region up to 20x the stake for various combinations. Up from these are the BAR, Bells and golden dice symbols. The most valuable of these being the golden dice, the top combination of which will pay you 100x the stake. However, the most lucrative regular icon on the board is the triple red seven, paying up to 400x the stake. The specials finally are the crown wild icon, and the gold and silver star scatters.

5 Fortunator is played on a 5-reel 3-row playing board with five both way pay lines. To create winning combinations in this game, players must land three or more of the same symbols across a pay line from left to right, starting on the leftmost reel.
The betting range for 5 Fortunator is 10p to as much as £100 per spin. To change your betting level per spin, use the bet adjuster tool located at the bottom of the playing window.

Further information regarding the slot, including a display of the paytable, can be accessed by clicking on the settings menu. The spin button is located to the bottom right of the reels. You can set up auto spins in the game's menu.
The volatility for 5 Fortunator is in the medium range. The return to player percentage for 5 Fortunator is 96.25%, which is just over average. The biggest payout that players can win on one spin is 820x your stake.

The first feature in this game is called the expanding wild bonus. The crown can land as a singular icon or come as an expanded symbol that covers the reel on which it lands. In both instances, the symbols help to score wins by substituting in for all other symbols barring the scatter. It can, however, only land on the central three reels.

The second feature concerns the scatter icon. This symbol comes in two different types -gold and diamond. They payout regardless of where they fall on the reels; however, they are most lucrative when they fall in multiplies on the reels. For example, the gold scatter will award players instant wins of between 3x and 100x their stake for three or more of the symbol on the reels at any one time.

The diamond, on the other hand (which only falls on odd-numbered reels), pays out at 20x the stake for three of a kind.

Straightforward old-school casino fun is what is on offer in this new game from Playson. It doesn't matter if you have just started out in this game or are a veteran. The gaming offered here will appeal to all comers. A favourable RTP and moderate volatility should also serve players well in terms of returns too. The top payout, however, is a little disappointing considering the quality of the game.

How many reels does 5 Fortunator have to play on?

The top payout for this game is 820x your stake.

Yes, 5 Fortunator is optimised for all mobile devices.

What is the max RTP for 5 Fortunator?

What is the betting range for 5 Fortunator?