Sakura Dragon is the latest slot release from the developers at Playson which plays out over 5-reels, 3-rows and 15 pay lines and provides players with lots of ways to win some truly rich rewards. The slot has been designed in the true theme of the spirited Japanese dragons, and the game symbols are ingrained with the history associated with this fascinating area in the world, and it is hardly surprising that the slot is set in Japan. The slot is not only beautifully designed, but it is also packed with special feature and bonuses which are played against a fabulous landscape which is predominantly pink in colour and complete with cherry blossoms also referred to as the sakura.

One of the first things that captivated me when I first trialled this game was the pair of truly stunning dragons that framed the 5x3 play screen, and it didn’t take me long to realise that these were indeed not on the screen for purely decorative purposes.

The dragons also play a really important part in the game as they decide how many wilds you are awarded when the random bonus round is activated. As usual the purpose of the game is for players to land as many of the same symbols on an active line as possible, and all of the winning information can be found by visiting the pay table. 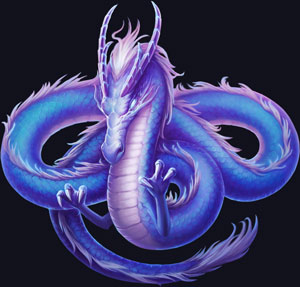 Players can expect to see the most valuable regular symbols Shogun and his various mistresses, with the mid-range symbols depicted as animals and the usual Royal symbols are the lowest paying which are expertly drawn in Japanese calligraphy.

The wild is represented by the Flower and this can substitute for all other symbols to create winning combinations and the scatter is depicted by the temple, landing three scatter symbols triggers the free spins which can provide up to twenty free spins for players to enjoy. The dragons play an active role in this game as they make random appearances which leads to additional wilds appearing between the reels. 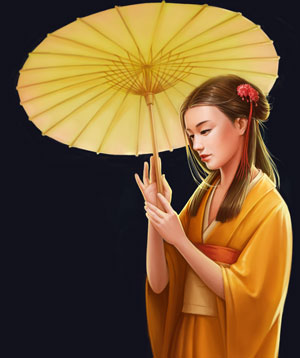 The slot can be played for free which is always a great way to really understand a slot and how it performs before actually wagering any of their own money. This also means that players can take advantage of free gaming and experience the real thrill of winning thousands without having to register or filling out any online forms. When players are ready to begin playing for real there is a wide range of bets variables on offer which start from just 0.20 coins up to a maximum of 100.00 coins per spin, making it obvious that this slot has been designed with all types of players in mind. With an RTP that stands at just over 95% we are sure that Sakura Dragon will be a real hit amongst all categories of player.

When it comes to special features there is certainly nothing missing from Sakura Dragon, the first feature players can expect to see is activated purely at random which sees the dragons appearing in the onscreen diagram and leave a magical stream of wilds to enable the players to create winning symbol combinations.

Another of the special features is the free spins which are activated when players land three or more of the scatter temple symbols. The maximum number of free spins that players can be rewarded is capped at 50.

Sakura Dragon is a really well designed slot that is available to play on any devices which gives players the ability to access and play the slot whenever and wherever the want. It is beautifully designed and is sure to be a big hit with players old and new. I highly recommend giving this slot a spin and whilst you are not going to get rich quick the pay outs when I tested the game the wins were steady, and I came away with some additional money in my pocket!

for playing with Sakura Dragon: