for playing with Book of Kingdoms:
TAGS egyptian 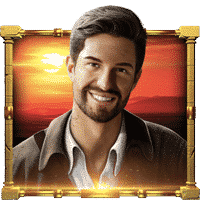 Book of Kingdoms is the latest slot to come from Pragmatic Play partner Reel Kingdom and they have started by swiftly following up their last ‘book of’ slot, unsurprisingly with yet another ‘book of’ slot. Their last slot, Return of the Dead was a complete example of the genre which performed well but lacked a little when it came to innovation. But you will be pleased to know that this slot is nothing like the last. Although there is nothing new on the features front and you may have seen a lot of it before however, on testing the slot appearances can be deceiving and this really could be a good choice. So, if you are ready and want to find out more keep reading.

Probably the biggest change is that the slot is not based in Egypt and you will not come across any pyramids, pharaohs, or tombs. The slot is based quite near if the sultan, snake charming belly dancers and fez-wearing monkeys are anything to go by. The soundtrack is Ottoman-esque and slides around in the background with increasing exoticism and the perfect partner for the rather unusual visuals.

When it comes to the symbols it is the hatless man that gleams over the reels and is the highest paying premium symbol. He is followed by the sultan, a snake lady, and the monkey from top to bottom. Landing a line of premium symbols will see you landing a reward of 8x – 20x your stake, therefore at the most an entire screen of symbols has a huge pay out of 500x which although a great reward it is nowhere near the stakes offered in other book slots. The rest of the symbols are made up using the playing card symbols 10 through to Ace. To create a win, you need to land at least three of the same kind on any of the 25 fixed pay lines.

Book of Kingdoms can be played using any device which is ideal if you are the kind of person that likes to be able to play when you are on the go. The bet range is wide and starts from a minimum of 25p per spin up to £250.00 per spin which will appeal to many players from the inexperienced and newbies to the high rollers. When it comes to the math model this is not a slot that will burn through spins on the way to a win. Instead the developers have opted for a slot with a medium volatility that they have rated 3/5 and this also tones the symbol values down which does alter the gaming experience. The return to player is high standing at 96.69% one of the highest currently available however, I do urge you to check this before you begin to play as Pragmatic Play does like to call the shots over their flexible return to player.

When it comes to the features offered in this slot there is the usual free spins but there is also a Money Re-spin feature. The symbols you now to keep your eyes open for are the book and the silver shield money symbol.
The book symbol can substitute for any of the regular pay symbols to create a winning combination and landing three or more will also reward you with five free spins. Prior to the round starting one pay symbol is randomly chosen to be the special expanding symbol. Once any wins are paid, if you have three or more of the special symbols in view, these expand and will cover all positions on the reel to provide a new win evaluation. The expanded symbols pay out regardless of which position they are. The scatters remain in play therefore three or more in view see you winning an additional five free spins and there are no limits to this.
Next come the money symbols which can land anywhere on your screen and will show either a cash value or a jackpot. If you land five money symbols the Money Re-spin Bonus feature comes into play. When this lands the normal symbols fade to leave only the money symbols that activated the feature, and you are rewarded with three re-spins. Landing new money symbols on a re-spin will see these locked into position and reset to three re-spins again. This feature comes to an end when you either fill all the positions or you have used all your re-spins. The money symbols can display the Minor, Major, or Mega Jackpots which add 30x, 100x or 1,000x the total bet and this is added to the money displayed on the money symbols and the total is then paid.

Book of Kingdoms is a book slot and to begin with I did wonder whether there would be enough changes to make the slot its own. Even though the developers have made some tweaks the design does come across as a bit similar in some ways. This will either appeal or turn players off dependent on how they like the “Ra” inspired game.
This slot has come to market so to speak on the back of Return of the Dead and as so the two slots are bound to be compared. Fortunately, I think the slot copes remarkably well in comparison and if I had to sum this game up against similar I would say that it is an excellent game which does not necessarily have the really high value slot that uses the expanding symbols to create the excitement. Book of Kingdoms is more of a jackpot slot but do not be fooled as it has a modest top prize that stands at 1,000x your stake.

At the heart of most book slots are the free spins and although this slot has modest free spins compared to other slots it could be accused of being tight with this feature. To start you are only rewarded with five free spins, then there are the symbol values which are also reasonably low. The final down point for me was that the premiums only get paid out for three or more whereas there are many slots that will pay out for just two of the same symbols. The wins other than the jackpots appear to be rather generous to begin with. The pay table for this slot advertises a win that is capped at 20,000x however, from the math model and the fact that you would have to land a 40 full-screen premium wins during the bonus round I am not saying it is impossible but from my testing it is hard to see or believe. My rating would be 6.75/10.

for playing with Book of Kingdoms: