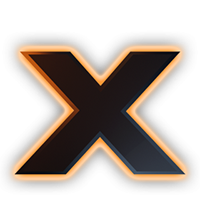 Hot to Burn Hold & Spin is the latest slot from the partnership of Pragmatic Play and Reel Kingdom, and it is a true old school fruit slot. The name of the slot gives away the key feature, this being hold and win bonus round. However, there is also an extra Big Money Bonus Wheel which can also lead you to the big wins. You will have to have luck on your side to unlock the best parts of the slot and a mind-set to see you put yourself to your limits. This mind-set includes loving the classic part of the market.

For those who prefer some peace and quiet the base game is totally void of any music. However, most of the time you can hear the reels popping into place, however a jazzy number makes an appearance for the Hold and Win feature.

These flambéed slots from these developers use the same style symbols and these are as follows in ascending order. There are Xs, cherries, oranges, plums, strawberries, watermelons, BARs, and 7s. Landing five of a kind from X to BAR will pay you from 2.5x to 25x your bet. The 7s standout as landing five on a pay line the reward is a colossal 250x your bet. You must land at least three symbols to score a win however the cherries do give a tiny consolation prize if you land just two.

The slot also had a wild and a star which is the scatter. The wild can appear on any of your reels to substitute for all the other symbols except for the money symbol and the scatters to create winning combinations. When wilds are randomly placed on the screen the reels are fanned with flames. If you land a wild combination you will be rewarded with a pay out which is the same as for landing five 7s. The star scatter pays on any positions and if you land 3, 4, or 5, scatters you will be rewarded with 1x, 20x, or 100x your stake, respectively. 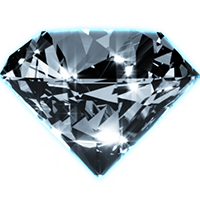 In the same way some people refuse to use mobile telephones as they have no buttons, there is also a large crowd of people that are still huge followers of these old fashion styled slot games. Hot to Burn Hold and Spin is a slot that continues in the tradition of slots from Pragmatic Play/Reel Kingdom such as Ultra Hold and Spin, Ultra Burn and so on. These slots look similar with large fruit symbols against a black backdrop and little audio.

This slot holds up the tradition except that it is a lot larger offering more pay lines as well as having an abundance of fruit, flames and two stacks of pay line numbers shown on either side of the reels.

The volatility of this slot is also higher and is now rated at 5/5, but as the potential has been vamped up to make up for this. On a positive side the default return to player stands at 96.7% meaning that the return value is as vibrant as the symbols. When it comes to placing your bet, you need to choose the amount that you are most comfortable playing with and the large bet range on offer is sure to appeal to a huge audience. Bets start at just 20p per spin up to £240 per spin and the slot can be played on al devices.

If you fill all the positions, you will activate the Big Money Wheel Bonus. Once this begins the wheel spins and will either land on an empty space or a random prize from 10x to 5,000x. When a win is awarded the wheel spins again if you land an empty position the feature ends. Once the feature comes to an end all the prizes that you have won in the Hold & Spins are added to your winnings from the Money Wheel Bonus.

There is no doubt that this slot has been designed and developed with a certain type of player in mind and it will not appeal to all. The slot is exciting but not overly and there are many other studios that have also trialled classic slots with a twist, but it out does these by quietly doing its own thing and if my trial is anything to go by my balance grew all be it slowly it still grew and when the feature drops something thrilling may be about to happen.

On my first couple of test runs Hot to Burn Hold & Spin had no consistency, sometimes I had to play more than 750 spins to activate the feature and at other times I activated the feature several times before I had even played 80 spins. On my first session the Big Money Wheel Bonus made no appearance but when I played the slot again a few hours later and the Wheel was activated on my 10th spin and I banked a most welcome 300x win. If you do have a dry spell where the wheel does not materialise you will find that you balance takes a beating and the wheel is the only ways to see any major returns on your money.

In conclusion Hot to Burn Hold & Spin is a classic slot which is best aimed for those who like this old style and if players give this a spin, they may genuinely think that they are back in the dark ages. I enjoyed playing the slot but would have preferred a little more action, but the wins are there for the taking.

What features are on offer in Hot to Burn Hold & Spin?

There are two features these being the Hold and Spin, then there is the Big Money Wheel Bonus.

What is the highest win on offer?

The highest win achievable in this slot is 5,000x your bet.

How would you describe Hot to Burn Hold & Spin?

Hot to Burn Hold & Spin would best be described as a classic fruit slot with a difference!

Can the slot be played on a mobile device?