Mysterious Egypt is one of the latest slots from the game’s developers at Pragmatic Play, and the team have managed to contribute to another “Book of” styled slot that is not just a clone of those that have gone before it but a slot with a few twists to keep the similar slot train pushing forwards. This may not be the most revolutionary slot but there are some new concepts which produce a level of difference and make it worth a spin or two. 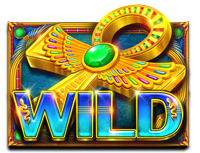 When it comes to the visuals, I would not describe them as fresh, but this is not an issue and does not impact upon the game play. The slot plays out on a standard 5-reels and 10-pay lines which replicate the famous Pyramid of Giza.
The developers certainly deserve praise as they have designed a great background, this is particularly if you are playing on your mobile phone, as you get a Nile’s eye view as the action unfolds, and sees you stopping at the temple from the river whilst the pyramids are on full display behind you, and this certainly must have been a stunning sight back in the day, just the sheer size of the structures must have gone a long way to convince the Egyptians of the Pharaoh’s divinity.

When it comes to the game play the slot can be played on any device which gives you the freedom to enjoy the game when you want and where you want. The bet level starts from just 10p per spin up to a maximum of £100 per spin and with this range the slot will appeal to a wide audience of players. When it comes to the volatility the developers have described this as a highly volatile slot with a math model that can only be described as 5 out of 5. When it comes to the return to player the slot provides a solid default value of 96.5% which is what players have come to expect. You do need to check this though as it is flexible and the RTP could be a far lower setting.

There are two ways that you can win in this slot, first there is the regular left to right line wins and you can also come across expanding symbols which can pay from wherever they land, and these both occur in both the base and bonus game. In keeping with the title and theme the symbols are all based on Egypt. The lower paying symbols are made up from the usual playing card symbols in tiles that run from 9 through to Ace and are beautifully decorated with little Ankhs symbols. The highest paying symbols include birds, cats, a gold pyramid, and the final special symbol represented by the Eye of Horus. If you manage to land five of the same premium symbols on your reels and you will be reward with 75x to 500x your stake. 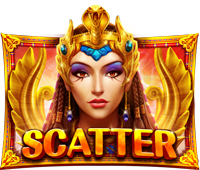 If you are au fait with the regular “Book of” style of slots you will not miss a lot if you skip this section, as Pragmatic Play have developed this slot keeping things as close to a blueprint even down to the way you can activate the free spins which are complete with the special expanding symbols. However, the developers have made a few alterations that you will not come across in a Ra game.

The first feature the slot has to offer is that on every spin whether paid for or free you have the special mystery symbols in play. During the base game, these symbols change from spin to spin, you will see the symbol that is active displayed above your reels in a box, and this means that you will always know which symbol to keep your eyes open for. These symbols can expand vertically and can cover all the of the positions on the reels where they land. Better still the symbols can pay from wherever they are positioned, and they do not need to land adjacent to one and another.

The symbol expansions will only be activated if there are enough of then to create a win, for example two reels with pyramid symbols or three of any of the lower paying symbols.
In any “Book” game the scatter/wild is one of the most important, and this is depicted by the elaborate queen complete with gold snakes instead of the actual book symbol. When the queen is the wild, she can substitute any symbol to create winning combinations apart from the expanding symbols. Whilst in her position as the scatter landing 3, 4, or 5 in view will reward you with 10 free spins as well as a pay out of 2x, 20x or 200x your bet, respectively.

Prior to the free spins there is another twist, this being that instead of the one special expanding symbol, in this slot Mysterious Egypt randomly choose two. In the free spins, whenever these two symbols land, they expand, and then follow the rules which are explained above. Free spins can be reactivated in the same way as they are in the base game. The final feature is that where available, Mysterious Egypt offers bonus buy options, and for 100x your bet you can buy 10 free spins.

Mysterious Egypt may not have dramatic alterations or the major modifications that you can find in Book of Shadows, but this slot is not a creative-free zone, this slot sits in the middle somewhere with some new additions that make the slot worth a spin or two for those who enjoy this format. With the base game including the expanding symbols it gives the slot an added dimension. Whilst the slot may not be as sophisticated as some there is 5,000x your bet on any spin and the developers have also made up for any negativity by having two special symbols in the bonus round instead of just one.

Despite the differences Mysterious Egypt could easily be mistaken for a Ra game, however it is a vibrant, good looking slot that with the additions it offers putting it in a different class from most slots in this category and is one that is an interesting option particularly if you are a fan of this style.

Can I play Mysterious Egypt on mobile?

Yes of course, you just need a good Internet connection.

What is the theme of Mysterious Egypt?

This is an Ancient-Egyptian theme slot.

The layout of this game is a classic 5-reel with 10 paylines .

How much can I bet on Mysterious Egypt maximum?

The stake of this slot ranges from 0.10 up to 100 demo credits with each spin.

How can I get Free Spins on Mysterious Egypt?