Star Bounty is one of the latest slots to come out of the development team at Pragmatic Play and they are inviting you to do some galactic bounty hunting in this sci-fi themed slot. The slot is set within an expertly produced alien environment, the gets most things right thanks to the mix of pay mechanics and features which include Tumbles, Wild Multipliers and Free Spins. The best part though is the big potential that may or may not show its face so to speak. If you are looking for a sci-fi themed slot where you can do some galactic bounty hunting read on. 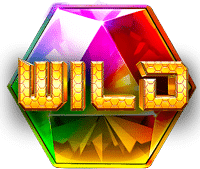 When it comes down to it your will need to ensure that you have your rebreather strapped tightly on your body before you hit spin. From the outside on the viewport, you can see a spaceship heading towards the surface of the alien rocky planet. However, it could be a future version of the earth where global warming has burnt off all the topsoil. Wherever the slot is set there is a strong science fiction feel and this includes futuristic structures that are on the side of the planet and the bridge of the space ship.

The game plays out over 6-reels hexagonal grid and offers a massive 4.096 ways to win. There is a synthesizer heavy soundtrack which does fit with this slot perfectly. In my opinion Star Bounty is one of the better environments that Pragmatic Play have conjured up of late.

The slot can be played on all devices meaning that you can always play on the go particularly if you have a long train journey or such like. The game flows well and because of this the tumbles and pay system work well. The mechanics makes it much easier to work with even with the nonaligned reels. When you are ready you must choose the bet that you are most comfortable playing with and this ranges from a minimum of 20p per spin up to a maximum of £100 per spin and this is a range that will appeal to numerous types of players.

Once you load up your game screen you can see the volatility meter rating which is displayed and Pragmatic Play have given this slot the highest rating of 5/5 therefore as high as it gets, however the return to player is not quite as high however in default mode it does offer a decent 96.6% which is a respectable number.

Despite the high volatility Star Bounty, the slot is well balanced with the free spins feature activating more often that I first expected. However, as any slot player will know luck can go both ways, but whilst I was testing the slot, I spent more time playing than staring at the feature buy button which to me was a good thing.

To land a win you need to match symbols in any of the rows, but they must sit adjacent to the first reel from the furthest left onwards. When it comes to the symbols there are 12 in total. There are the usual low paying Royals Jack through to Ace, four space insignias and four character who are represented by two villains complete with masks, a female heroine and male hero. The make is reminiscent of Karl Urban that starred in the Chronicles of Riddick and is the most valuable, landing six will reward you with 15x your stake. Landing six of the other premium symbols and you will win 5x – 10x your stake.
You can increase your chances of winning thanks to the couple of wilds, the standard wild will appear on all the reels except for the first one and can substitute for all the regular symbols to create winning combinations and the other type of wild show up during the features.

There is an abundance of features on offer in Star Bounty. The first is the tumble feature which is activated whenever you land a win. The winning symbols disappear from the board to make way for the new symbols to fall into the empty spaces. Consecutive tumbles will then continue until you land no further winning combinations.

The missile wild is represented by a winged egg tile and will only appear on your 2nd, 3rd, and 4th, reels and when it does true to the name it fires missiles onto several random symbols which then turn wild. The scatter is an atom patterned hex and landing three or more in view at the end of a spin sequence will activate the free spins. Before the free spins begin you need to work out how many you will have to play with, and this is where the re-spin feature comes into play. The re-spin feature starts with an amount of triggering scatter symbols to be locked to your reels, the remaining positions spin and again each scatter that lands in locked in place. When you land no new scatters, the amount is calculating dependent on the number of scatters have landed and the number of free spins is then awarded with the greatest win being 24 free spins.

Whilst you are playing in the free spins the wilds can land complete with either a 2x multiplier or a 3x multiplier, and if you have landed more than one wild their values will then be multiplied together. The free spins do make frequent visits to the reels however should you want to get straight on the features you can use the feature buy which will cost you 75x your stake and once selected you are guaranteed to land 3 – 6 free spin scatter symbols.

Star Bounty is a great surprise from the gaming team at Pragmatic Play as not only have they matched the expert graphics to an ideal soundtrack, but they have also created a superb world for players to play in. The reels are different but works well and I really cannot find faults in this slot. The tumble feature keeps the game progressing nicely and the wild multipliers in the free spins can provide you with some decent wins.

When I tried the slot the wins in the bonus game were a little less than I would have expected and whilst Pragmatic claims that it is possible to land 25,000x your stake which is a huge number, but we do know that the developers have a knack of advertising win potential that is more on the optimistic side as opposed to a factual one.
If I had to criticize the game it would be that there are no new features, and whilst the slot looks different when it comes to it, it is a 6-reel win-all-ways slot. However, everything the slot offers works incredibly well and is a straight up fun slot to play. Finally, when you compare Star Bounty to other sci-fi slots that are currently available this one is one of the best.

Can I play Star Bounty on my smartphone?

Yes, Star Bounty can be played on both Desktop and Mobile.

Can I get free spins on Star Bounty?

Can I play Star Bounty for free?

Yes, on Slots-777 you can play all available games for free.

This slot was produced by the provider Pragmatic Play .

What is the biggest win on Star Bounty?

The biggest win at Star Bounty is 25000 times the initial bet.

for playing with Star Bounty: