Overview of Hold and Spin 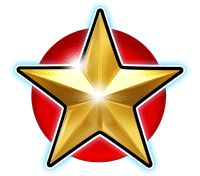 Ultra-Hold and Spin is the latest collaboration from Pragmatic Play in partnership with Reel Kingdom. Together the developers are known to use a generic style however this could not be further from the truth with this latest fruit slot, Ultra Hold and Spin. The slot has been made interesting as it is a combination of a classic look complete with some modern features. Players who are fans of bricks and mortar casinos will get everything they want from this slot as well as experiencing the thrill of the features where you can land some decent wins. So, if you are looking for classic visuals with modern features this will be the ideal slot for you, but if not, I would urge you to keep reading as there will be parts of the game you will not want to pass by.

Players that are au fait with the interface used in Reel Kingdom will know exactly what they are going to get. The partially transparent bar that is situated on the bar under the reels. I will now go through the information and you will then be ready to successfully play Ultra Hold and Spin.

The first thing we will look at is the pay table, to gain access to this you need to press the “i” for information which you will find using the button located down to the left of your reels. As you would expect with this developer the pay table is dynamic and updates in accordance with the level you have chosen to bet. The value of the symbols is shown in the currency you choose.

When it comes to the symbols the highest payer is the orange lucky number 7 and when you land three on a pay line you will be rewarded with 50x your stake. The rest of the symbols are what you would expect to see on a fruit symbol slot apart from the low value symbols which is represented by a black X. Land three of the black X and you will be rewarded with 4x your stake, and there is also a wild that will pay you the same as the highest paying symbol in the slot. There are 9 symbols in total which include a star, a BAR and several fruits.

Scrolling to the right using the arrows and you can read about the various features this game has to offer, you can also see all the rules of the game. The pay lines are illustrated, and the bet range is also shown which starts from as little as 5p per spin up to a maximum of £250 per spin. The return to player is revealed and this stands at 96.7% which is above average, and the volatility scale given by the developers is 4 out of 5 lightning bolts.

You can access the games settings using the hamburger menu symbol which is down on the left. From here you can change the speed of the game and there is also the function to use the battery saver mode which is particularly useful if you are playing on a tablet or mobile phone. You can turn the music and game sounds off separately should you so wish, and you can also turn off the introduction screen.

Below the spin button you can open the auto play feature which enables you to set from 10 to 100 auto spins, you can set your loss limit to £100,000 which should be adequate for all players. The turbo spin function provides lightning-fast game play and when it comes to stopping the auto play feature there are some advanced opportunities that you avail yourself of.

Ultra Hold and Spin plays out over 3-reels, 3-rows and provides 5 ways to win. To begin you need to choose the bet that you are most comfortable playing with, and with the range from 5p per spin to £250 per spin this slot will appeal to the masses. You should bear in mind that the base game can serve you with many dead spins, at least this is what I experienced when I first trialled the slot. There is a win of 500x your stake on every re-spin thanks to the diamond symbols and wins of 250x your stake in the base game. 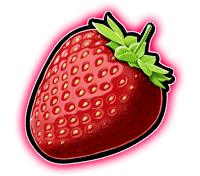 The wild in the game bears the word “wild” surrounded by flames in the background and the wild can substitute for all the other symbols to creating winning combinations except for the money symbols. The wild can not only help to create the winning combinations as the wilds that you land can also expand and fill the reel entirely.
There are two money symbols in this slot which are represented by the silver and gold coins. These symbols can only land on your 2nd reel, and these also have random cash values that start from 1x and 20x attached, when you land three of the money symbols on the same spin and you then gain access to the re-spins feature.

The activating money symbols then become sticky and you will then be awarded with 4 re-spins. Your re-spin tally can be viewed below your reels in the guise of four hearts, and you will then only land new money symbols or blanks in the feature. The re-spin tally gets reset again to four every time you land at least one money symbol and the new money symbols landed will not become sticky. Instead, the respective cash values are added to the total and you can also land the special diamond symbol on the 1st and 3rd reels. The diamond symbol only lands in the re-spin feature and this comes with random values that starts from 100x your stake and reaches as high as 500x your stake. When you run out of re-spins the feature comes to an end.

The visuals in this slot do look a little dated, although this is often the case with these types of slots, but maybe the developers could have put a bit more effort to make the slot more aesthetically pleasing. The background is covered in flames and changes colour when the Re-spin feature is activated. Unfortunately, there is no soundtrack or music of any type in the base game which can make it a little tedious, however, there is a perfect 80s style soundtrack when you land bigger wins and or activate the re-spins feature.