for playing with Million 88:
TAGS Latestresponsive 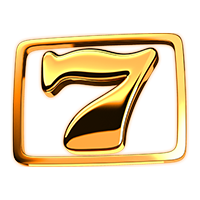 This game created by Red Rake Gaming has a unique combination of appealing factors that should entice players of all types to come and investigate the attributes of this game. One of these is the fact that this game is built around a large cluster pays board which offers plenty of opportunities for payouts.

Another is the retro styling of this game which takes the classic symbols of the typical fruity game and applies them to a modern digital game. In addition, this game also has a host of features that inject several new dimensions into the play. So, look no further if you are after a cluster pays game with a nostalgic streak and some great features.

The features in this game are both simple and complex in nature. The first and most frequent bonus is the wild symbol – the W, which replaces all regular symbols to help with scoring more frequent wins. In addition to this feature, you will also have access to a free spin round and several other mini-games that help to accelerate the rate of play. Modifiers such as multipliers, instant cash winds and card games also come into play here. 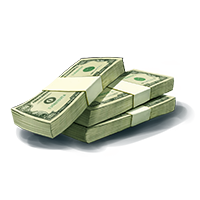 The theme for this slot is a classic fruity theme with symbols from all variations on the fruity idea making an appearance here and there. Although there is a great deal happening on the screen, you can’t help but feel the finish and care taken with the visuals gives the overall aspect of the game a fairly tacky look. This, we think is to do with the symbols, logo and background not being as cohesive in their design as they could be, so it feels a little disjointed when looked at overall. That being said, at least the screen is vibrant and animated and captivating in its own saturated and colourful way.

The background for this slot looks a little like the old equaliser graphic that came with Windows 95. Its wavy lines and different colour tones provide quite a contrasting background to the classic symbols on the board. Then again, if the background is from 95, then that probably fits with the dated-looking symbols.
The board for this game is a tall rectangle with a strange glowing aura flanking the playing board to the left and right. The interior of the board is a dark blue colour, even darker than the background behind it. This helps to make the lighter coloured symbols pop out dramatically.

The symbols for this game start with the low-paying fruit symbols – the oranges, strawberries, lemons, and watermelons. On the other hand, the higher value symbols are the golden bells, the BAR symbols, and the diamonds. The most valuable symbol, however, is the lucky 7. There are also six bonus symbols in this game. The scatter symbols are silver 7 and gold 7. The wild, on the other hand, is the golden W. The gold M symbols represent the frenzy feature icon. The free spins depend on the landing of the horseshoe symbol. The cash symbol also has a role to play in one of the bonus features.

Million 88 is played on a 6-reel cluster pay engine playing board. To win combinations, players must land ‘clusters’ of matching symbols on the board. There are as many as 1,000,000 ways to win.

The betting range for Million 88 is 20p to £50 per spin. To adjust their bet levels, players can toggle their stake up and down using the tool located at the bottom left-hand side of the screen.

Further information, including a short tutorial and a display of the paytable, can be found via the menu button in the right-hand corner of the screen. The spin and auto spin buttons are located in the centre of the screen.
Volatility for this slot is rated in the medium range. The return to player percentage for Million 88 is 95.30%, which is below average. The biggest payout that players can win on one spin is 1,000x your stake.

The first feature available in this game is the wild feature. The golden W is the wild icon in this game. It replaces any other regular symbol to give you greater chances of winning combinations.

The Silver 7 and Gold 7 scatters trigger cash wins valued in relation to the number of times that they appear on the screen. Meanwhile, the X symbol triggers in-game multipliers of x2, x3, x5 or x10.

However, the main features in this game are the frenzy feature and the free spins feature. The Frenzy feature is triggered when players land three gold M symbols in a winning combination. When this happens, the middle reels merge into one new reel with new symbols that add multipliers and free spins or trigger the card game of Frenzy 7s. The Frenzy 7s card game can result in multipliers up to 36x the stake.

However, to trigger the free spins, you must land three or more of the horseshoe symbols in the central reel. The number of horseshoes that you land will determine the number of free spins you are granted.

It has to be said that the take-home message of this slot is that although there seems to be plenty of ways to win via the many combinations and features available, there aren’t actually any sizeable wins to be had. This is frustrating, as the game presents like one that might be a good bet in terms of payouts, but when you actually start playing it, you quickly realise the wins are so small, there is hardly much point playing at all, even with the abundant feature content.

Is there a free spins round for Million 88?

What is the betting range for Million 88?

What is the return to player percentage for Million 88?

What is the volatility for Million 88?

for playing with Million 88: