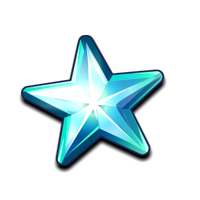 This Super 20 Stars slot game is the latest in a range of games from Red Rake Gaming called the Super Stars collection. These are a group of games that follow a classic style that emulates some of the best slots from the last 20 years. Red Rake has combined the classic symbols and dynamics of some older games with the modern graphics and visuals that you might see on any contemporary digital slot game, giving this slot a fresh yet timeless look. Super 20 Stars is a 5-reel game with a maximum of 30 pay lines and a return to player percentage of 95.40%.

There are plenty of bonus features on offer in this slot. These include a standard wild bonus, a free spins bonus, and the Crystal feature. This latter bonus concerns the glowing star symbols that you'll see lighting up the reels. These symbols show you where you can expect to see crystallized symbols, which provide wins on any position according to a new paytable, which offers higher prizes. This game also contains a Roulette Mini game, re-spins, and a bonus wheel feature.

The theme for this game is a classic slot fruity game with a modern touch. This means that players will see all the traditional fruity symbols they would do in a brick-and-mortar casino, yet they are presented in a slick new digital format. The only other theme part of this game is one of stars and crystals. This slot seems to be packed to the brim with both of these visual cues. This secondary theme is used not as a visual hook but more to differentiate this Super 20 Stars game from the other Super Stars games that look very similar.

The background for this slot is a straightforward one. Being a more traditional slot game, it is just a repeated pattern on a blue background. There are no visual landmarks or anything to distract players from the incredibly bold symbols on the reels.
The board is similar in its simplicity but is silver in colour and has small stars all around the board's edges as a nod to the title.

The symbols for this game are split into low-value, high-value and special symbols. The low-value symbols are the Cherries and the Bells. Various combinations of these symbols can help you win between 5x and 50x your bet. Next up are the three BAR and five BAR symbols which have the same payout values. However, combinations with just the five BAR can land you wins of up to 100x the bet. The other basic symbols on the board are the various 7s. The single blazing seven pays between 15x and 200x the best.

The double 7 provides wins of up to 250x the bet, and triple 7s go up to 500x. Finally, the special symbols in this game include the wild, which pays up to an awesome 1,000x the bet, the bonus symbol, the free spin symbol and the various superstar symbols.

Super 20 Stars is played on a 5-reel 3-row playing board with 30 fixed pay lines. To create winning combinations in this game, players must land three or more of the same symbols across a pay line from left to right, starting on the leftmost reel.
The betting range for Super 20 Stars is 30p to as much as £75per spin. To change your betting level per spin, use the bet adjuster tool located at the bottom of the playing window.

Further information regarding the slot, including a display of the paytable, can be accessed by clicking on the settings menu. The spin button is located to the bottom right of the reels. You can set up auto spins in the game's menu.
The volatility for Super 20 Stars is rated in the medium to high range. The return to player percentage for Super 20 Stars is 95.40%, which is under average. The biggest payout that players can win on one spin has not been disclosed by the provider.

As we mentioned briefly in the introduction, there are plenty of bonus features included in this game. These begin with the wild bonus, which concerns the wild icon – the green W, which can substitute for other symbols to help form more wins.

Next, we have a bonus icon, the blue icon with the word bonus on it. Landing three of these symbols on the first, second, third or fourth reel activates the Super 20 free spins game. Before the spins begin, you are taken to a different screen with boxes, you will pick various boxes, the contents of which will determine how many spins you are granted and the multipliers applied in that round.

Next on the features list is the Crystal Symbol feature, triggered when a glowing star appears under any reel. The first glowing star will show you where you can expect special crystallized symbols to appear. These special symbols provide a win on any position regarding a new paytable specific to this bonus.

There is also a similar game with Super 12 and Super 10 icons. In addition, this game has a mini-roulette game, a re-spin bonus and a wheel of fortune bonus. Each is triggered by landing a specific combination of symbols and promising a multiplier range and instant cash wins.

With features packed to the brim and gameplay that moves at the speed of light, you are very unlikely to be bored playing this game. The RTP is a touch worrying, though, and the fact that the top prize is also unavailable. However, if you have enjoyed the rest of the Super Stars series, you will probably love this one too.

How many reels does Super 20 Stars have to play on?

The top payout for this game has not been disclosed.

Yes, Super 20 Stars is optimized for all mobile devices.

What is the max RTP for Super 20 Stars?

What is the betting range for Super 20 Stars?

for playing with Super 20 Stars: