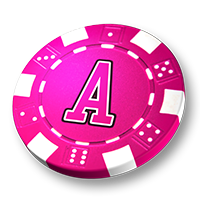 RedRake Gaming takes players to the 1920s USA, a period of prohibition, cartels, Mafia bosses and of course Tommy Guns. The game is based around the thrills and spills of being a ‘wise-guy’ mafioso in a notorious gang. Players will enter a world of gambling, tobacco and weapons. RedRake have tried their hardest to make you feel part of this world, even down to the big rewards of being a gangster. However, instead of tobacco and boosted booze, players can walk away from this heist with an incredible 8,000x your stake in coin.

There is quite a range of features for this game too, each of which has been thematically tied in. For example, there are special weapon symbols that help transform regular symbols to help you score more wins. There are also three accumulators for this game which help increase the payouts. In addition, there are multipliers, res-spins and even a bonus free spins round. This machine gun firing slot has it all.

As is probably clear from the title, this game takes place in the downtown streets of an American city in the 1930s, where gangsters wearing sharp suits and carrying machine guns lurk, looking for their next ‘job’. The game is heavily influenced by the stereotypical vision of the Italian Mafia and takes a lot of its visual cues from the popular film ‘The Godfather'. The background for this game is a typical 1930s city street, probably based on either New York or Chicago, two of the most infamous Mafia cities. It is a concrete jungle plastered with old-school adverts, tramlines and big Rolls Royce-esque cars.

The first thing you will notice about the game window is that it is huge. It is 6 reels wide and 10 rows long. Most of the spaces are filled with handguns which represent black or blocked positions. These are then intermingled with lots of mafia-related iconographies which we will come on to. To the right of the board are the spin button, auto spin button, win and betting controls. To the left are the player’s balance, the various bonus meters and the paytable tool. Each of these elements is decorated in an art-deco style befitting the time period.

When it comes to symbols, the betting chips with playing card signatures on them are the low-value symbols. Next up are the car, the rose, the poker deck and chips, briefcase, gold, safe and Tommy himself. Then there is the bonus which comes in the shape of a wadded stack of dollar bills and the various weapons such as the knuckle duster. The weapons are key for breaking into new spaces and changing symbols to create more wins. The wild is the blonde Grace Kelly lookalike. 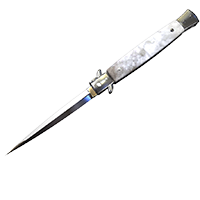 Tommy Gun’s Vendetta is played on a 6x10 grid with expandable pay lines which according to RedRake, top out at an astonishing 1 million ways to win. To score wins players must match a minimum of 3 symbols on a payline. The winning dynamic here works more like cluster wins than a conventional across the board paying game.

The betting range for Tommy Gun’s Vendetta is 20p to £25 per spin. To change their stake levels players can click on the plus and minus buttons located to the right-hand side of the reels. The auto spin button and regular spin button are located underneath this tool. For the full menu with all the game’s information, the player can click on the three stripes symbol on the bottom left-hand side of the screen. The paytable is immediately accessible as a button located to the left of the screen.

The return to payer percentage for this game is 95.3%, a little under average. The volatility for this slot is rated in the medium to high range. The top payout for Tommy Gun’s Vendetta is 8,000x your stake from one spin.

There are a lot of features for this game, however, each of them can be explained pretty easily. The first feature you will notice is that when you land a weapon on the reels, be that a machine gun or a knuckle duster, they will break into the other locked positions, helping you to increase the available pay lines. The knuckle duster does this to just two immediately adjacent locked positions, whereas the gun shoots out several random positions on the board. RedRake obviously thought about the range of each weapon when considering its influence in the game.

The second feature regards the 3 accumulators to the left-hand side of the reels. These meters count the number of respective symbols they are looking out for. These are the tobacco symbol, moonshine case symbol and gold brick symbols. Filling these metres helps you increase the value of each win. Filling the screen with these symbols will further increase your win by activating a slew of helpful multipliers.

The game also offers you re-spins, if you manage to score a win on each of these, you are then granted a free spins round which also has both multipliers and the special weapon symbols active in it.

Right out of the gate, Tommy Gun’s Vendetta has two massive statistics worth taking notice of. One is the almost unbelievable max win ways of 1 million, the other is the awesome top payout of 8,000x your stake. Besides this, the game is also cleverly put together with many and various fun features. If you enjoyed 'Good Fellas' and 'The Godfather', you’ll enjoy this.

Can I play Tommy Gun’s Vendetta on my mobile?

Yes, you can play this game across devices from tablet to laptop to desktop.

Does Tommy Gun’s Vendetta have a free spins round?

Yes, it even comes with multipliers and a chance to win 8,000x your stake.

Can I play Tommy Gun’s Vendetta for free?

Yes, there is a demo version of the game on RedRake’s website.

What is the RTP for Tommy Gun’s Vendetta?

What is the volatility for Tommy Gun’s Vendetta?

The volatility for Tommy Gun’s Vendetta is in the medium to high range.