Ways of the Samurai

for playing with Ways of the Samurai:
TAGS most-popularresponsive

Ways of the Samurai Overview 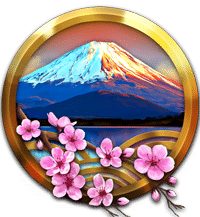 The illustrious studio Red Rake is back on the scene with one of the new Samurai-themed free slot machines that offers a terrific 50 pay lines and plenty of bonus features. Its high-quality graphics, pacy gameplay and exciting top payout are also reasons to take a swing at this Japanese inspired game. Ways of the Samurai is also available to play on mobile and other devices so you can play on the go. In many respects, this game is similar to No Limit City's Bushido Ways, so if you enjoyed that slot, you are more or less guaranteed to like this one.

Features for Ways of the Samurai include a wild symbol – the male Samurai character, which in addition to substituting for regular icons to help score more wins, also launches what is called the Way of the Samurai feature by landing one of these symbols on reels one and two simultaneously. In this bonus game, lucky castle symbols fall onto the reels with coin values attached to them, awarding small instant prizes. This game also has a free spins round that grants you 15 free spins and a chance to land wild multiplier symbols. All features will be explained in more detail later in the review.

The theme for this game is Samurai Warriors or, to be particular, the ways of the Samurai known in Japanese as the Bushido code. Although not explicit in the game, the Bushido code is similar to the Chivalric code in Europe, which means it is a set of rules and instructions on how to behave governed by the protection of honour and respect. Some typical values of the Bushido code include sincerity, loyalty, self-control, benevolence and courage. Visually though, this slot is more concerned with the elaborate armour the Samurai wore and the beautiful places that they frequented.

The background for this slot is a peaceful Japanese garden in the autumn. The large trees are in a beautiful combination of reds, oranges and yellows. Underneath them are a set of steps from which the player looks up into the garden. To the left and right of the reels are two stone lanterns covered in a rich green moss that guards the entrance to the above part of the garden. The dappled sunshine used across the image gives a sense of light and freshness. The whole scene, when put together, is a calming one that encourages concentration.

The board, on the other hand, has very few stylistic elements. In stark contrast to the background, the board is dark blue, and the reels are separated by golden dividers.

The symbols for this game are split into high-value, low-value and special symbols. The low-paying symbols are the five Japanese characters, each in a bright colour. On the other hand, the higher value symbols are the various symbols important to the Samurai warrior class. These include the Bow and Arrow, the Katanas (swords), the decorated Samurai Helmet and the Mount Fuji/Cherry Blossom icon. The scene of Mt Fuji and the Cherry Blossom is the most valuable of these symbols. The specials finally comprise the free spins scatter, which depicts a woman holding a bow and arrow, with the words Free Spin written across it. The other specials are the Samurai man wild and the instant cash castles.

Ways of the Samurai is played on a 5-reel 3-row playing board with 50 fixed pay lines. To create winning combinations in this game, players must land three or more of the same symbols across a pay line from left to right, starting on the leftmost reel.
The betting range for Ways of the Samurai is 10p to as much as £15per spin. To change your betting level per spin, use the bet adjuster tool located at the bottom of the playing window.

Further information regarding the slot, including a display of the paytable, can be accessed by clicking on the settings menu. The spin button is located to the bottom right of the reels. You can set up auto spins in the game's menu.
The volatility for Ways of the Samurai is rated in the medium to high range. The return to player percentage for Ways of the Samurai is 95.40%, which is under average. The biggest payout that players can win on one spin is 6,338x your stake.

The first feature in this game is the wild bonus. This concerns the wild symbol, which for this game is the Samurai man. As well as substituting for other regular symbols to help form more wins, the wild also triggers the Way of the Samurai feature.
This feature is activated when players land wilds on reels one and two at the same time. Throughout this bonus, Cash Castles will fall on reels three and four displaying random coin values on them, which are collected and awarded to the player.

However, to activate the free spins game, players will need to land three free spin scatters on the reels at once. In addition to triggering the feature, the scatter is also the most valuable icon in the game, meaning that players can win payouts of up to 100x their stake in doing so. The free spins start with 15 free spins. In this round, wild symbols continue to fall; however, they can come with various multiplier values, which help to boost wins that they are a part of. These come in x2 and x3 sizes.

You can also top up your free spins from within the feature by landing another set of three scatters on the reels. This will award you an additional 15 spins to add to your tally.

With exciting gameplay, plenty of bonus features and a tempting top prize, this slot has plenty of attributes to admire. It is also incredibly visually pleasing, with a theme that feels timeless yet fresh. The only issues here concern the relatively low RTP and the fact that you can't bet particularly high, so you will have to deal with smaller wins.

How many reels does Ways of the Samurai have to play on?

The top payout for this game is 6,338x your stake.

Yes, Ways of the Samurai is optimised for all mobile devices.

What is the max RTP for Ways of the Samurai?

What is the betting range for Ways of the Samurai?

for playing with Ways of the Samurai: