Explore the jungle and take home the treasure in this action-packed Indiana Jones-style slot. Alongside Vicky Ventura, players can explore the mysteries of the jungle as they help collect priceless totem crystals. Created by Red Tiger Gaming, this slot offers a Raiders of the Lost Ark theme, with a modern twist. With Vicky Ventura being a 243 ways to win slot, it’s easy to win and with such rewards, the player will gain more and more wins as the game progresses!

While Vicky battles for the treasures, the player battles for their prize, with stunning graphics and an ancient Aztec-feel. No matter the design, the play of the game, with the 243 ways to win approach, is exceptional and perfect for big wins. Discover the wilds of the mystical jungle as lost arks, tombs and temples lie in wait for their treasures to be found and won by the lucky players who stumble upon them. 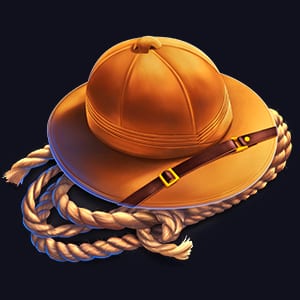 With a relatively small betting range of 20p to £10, it’s worth betting the higher amount in order to maximise the wins of the game. However, with the low prices and good pay outs, it’s a game for anyone and everyone who wants to journey into the jungle. The symbols in this slot are well executed, with two levels of pay. Lower level symbols include the club, diamond, heart and spade, taken from poker, which all pay 0.2x up to 1.5x the player’s stake when 3, 4 or 5 are matched on adjacent reels.

The design of them is a stone-gem one, adding to the stone reel structure and design. Higher paying symbols are represented by Vicky Ventura’s belongings: the treasure map, her journal, her hat and binoculars. The treasure map pays 0.4x to 3x, while her journal pays 0.6x to 4.5x the initial stake. Vicky’s hat pays 0.8x to 6x the initial stake, while her binoculars pay 1x to 7.5x.

The jackpot symbol is represented by Vicky’s compass, worth 2x to 15x the stake! Keep an eye out for Vicky appearing on the reels, as she plays the Wild, replacing all regular symbols, except scatters, for big wins! Unfortunately, there is no actual value of the Wild, however, there is the chance to win a sizable reward. One final symbol is the crystal, which when shown on a reel, activates the totem. 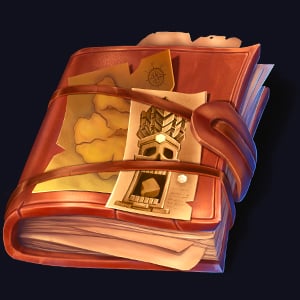 Bonus features in this game are intriguing to say the least. One of these bonus features is called the Special feature, which is where a crystal activates a totem, which unlocks additional places, filling the reels with more Wilds. Landing 3 Free Spin symbols on the same spin grants the player an incredible 10 free spins! These are then played on expanding reels, Instead, of the 2 locked rows visible during the base game, there is the additional 4 rows in view.

Crystals are a feature in this new unlocked potential, as they are locked in place throughout the free spins, increasing the chance of winning big with every touch of the spin button! If all reels are unlocked, the machine offers a potential 16,807 winning opportunities, with an unlimited number of free spins up for grabs, should the player be lucky enough to land on them!

for playing with Vicky Ventura: