for playing with Atlantis Megaways:

Ever wanted to journey to a lost city? Sure you have. What could be better than traveling to a city that time forgot to bring along? Alas, in the real world, there aren’t too many opportunities (yet) to do that. But happily, thanks to the Atlantis Megaways slot game, you’ll be able to experience a virtual reenactment of the lost city of Atlantis. It comes from esteemed slot developers ReelPlay, which already gives it a pretty good reputation. They’re known for having high-end graphics, which means that they’re the right company to be in charge of a slot game that will capture the imagination visually. You’ll play largely underwater, with all the Gods of the Sea there to help or hinder you along the way. If you wanna win, you better pray! 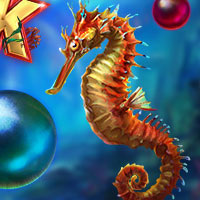 Of course, no one can be quite sure what Atlantis looked like, or even if it was real in the first place. But that’s no big issue for ReelPlay, who have gotten creative and created the world themselves. Visually, you’ll see that it’s got a lot in common with an ancient Greek city, with all the columns to match. This is Atlantis we’re talking about, however, so rather than the clear blue skies illuminating the buildings, it all takes place underwater. The symbols are generally water-based, with fish, seahorses, dolphins, and an octopus who looks so scary that you would not want to encounter the beast in the sea (or anywhere else, for that matter). In all, it’s a world that will draw you in -- how could it not, when we’re talking about an enchanting underwater world that remains one of civilization’s great mysteries? The standout element of the design is a vengeful God, who is certainly someone you don’t want to cross. He comes across as all-powerful (perhaps because he is) and really helps to bring the world of Atlantis to life.

There’s a wide range of stakes that you can place on this slot, which means it’ll attract all levels of players. To win, you’ll need to match three symbols across the row - but the good news is that the rows are seven across, giving you more of an opportunity to be victorious. It also has an above-average payout, which increases your chances even further! There are also many ways to play, which makes the game more enjoyable. You can do everything yourself, or you can play on Autoplay or fast play mode. It’s also available on all devices, making it even more flexible and built around you. Once you’ve got a winning set, you’ll see that the game goes into cascade mode. When this happens, the winning symbols are removed and in their place are new coins, which cascade down from the top of the screen to fill the gaps. This is your chance to further your winnings; if a new winning set is produced, then the cascade action will repeat. If you get super lucky, then you could go on a winning streak that'll have you winning big!

The symbols are a mix of marine life and the Gods. If you land a lionfish, you’ll get 22 coins. If you land a seahorse, you’ll get up forty coins. The octopus brings fifty coins, while the dolphin brings 100 coins. If you land on the gods, you could end up with anywhere from forty coins up to two thousand. There’s also the sunken temple, which is considered to be the game’s wild card. It won’t do anything on its own but if you’re in need of one more symbol, the temple will take its place. It only appears on the top reel but can be extremely useful if you’re close!

The main feature is the Jackpot Resins feature. When that happens, you’ll have free spins with all your treasure chests kept in place. You’ll get three additional spins, but every time you get another treasure chest, the number of spins resets. If you’re lucky then you’ll go on a roll. Once the treasure chests are open, you could find that you get some free spins, ten times your stake, or at the top of the scale, the Grand winner, which returns two-thousand times your stake.

for playing with Atlantis Megaways: