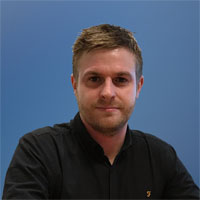 We are delighted to have Rob Proctor from Light & Wonder here with us today. Rob is going to talk about their upcoming release: the 300 Shields Mighty Ways slot. We have already introduced you to this provider some time ago and since then we couldn’t wait to find out what they were capable of!

Light&Wonder will soon release a new title, 300 Shields Mighty Ways. Can you tell our players what this game is about?

This is the second game in the Mighty Ways series – the second of many as the first one, Cluedo Mighty Ways, was a good strong one for us. 300 Shields in its early days has proven to be stronger still, so it’s good to see that the new mechanic and new branding is starting to resonate with players. I think from a game-specific point of view, it’s a great brand to fit to this type of mechanic. We’ve added a lot of neat new features in there while also maintaining the ethos and the DNA of what 300 Shields has always been, which is a highly volatile game with bonuses that are either life-changing or very demoralising! We’ve also taken the opportunity to give the assets a really nice polish; they stay true to the original, but we’ve brought them up to date a little bit and given them a nice little breath of fresh air. It’s about combining everything that’s good about the original 300 Shields with a new mechanic, and I think we’ve done a good job.

What mechanics was this game built on? Can players rely on exciting bonuses and special features?

The Mighty Ways engine is something that we’re doubling down on from a Light and Wonder perspective. We’ve got more Mighty Ways games in the pipeline. It’s a really nice feature from our point of view that allows us to build on current and historic trends and market preferences when it comes to games with expanded ways to win. It’s our version; it’s a little bit different in that every starting spin begins with the same number of ways to win, and then every following cascade or win opens up the screen more, so the potential to win increases. With online slot like this, it becomes really exciting because you get to the point where you’ve got so many ways to win, you stop having the ability to see what you’re looking for – you’re just waiting for symbols to explode and hoping that the activity carries on in the game. It’s a nice little build on what is – and has been for a while – a strong mechanic. We’re just giving it a Light and Wonder touch.

We know that players prefer high volatility games. What volatility does this game offer, and what about the RTP? 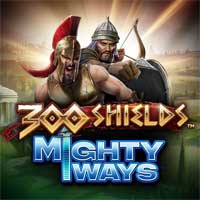 We’ve got varied RTPs on this one (96-94%). It is volatile, especially on the bonus buy elements. The average win rate in the game is one in four, so every one in four spins you win in the base game, and the bonus hit rate is one in 150, which is a good hit rate into bonus. The average win in the bonus is about 50x which, again, for this type of game is about standard if not slightly on the high side. To get into the super bonus – which is the one that you pay for – it’s expensive as it’s quite way out there in terms of hitting it naturally, but the average win in the super bonus is about 1,500x, which shows some level of the volatility that you’re going to have there. The best thing about the game in terms of its make-up and its math (which, in my opinion, is the strongest math model we’ve done all year) is the progression in the bonus because that’s what’s synonymous with 300 Shields – the original way you start at the bottom with no multipliers, and build your way up to hopefully get to the 300x. The hit rate to get to that top stage four is actually one in 40, which seems quite way out there, but it’s actually achievable – we’ve seen it done and we’ve seen from the data that players have naturally reached the top and had some crazy wins after starting with a free scatter bonus. So I feel like the math is balanced really well, but you can tell from some of those numbers there that it is on the volatile side.

What kind of player do you think will enjoy this game the most?

It’s built for our European markets – that was the focus with this one. It was built for some of our bigger European markets to play on the notion of volatile games, with big buy bonus options and lots of action in the base game as well. So the best game is very rich with quite a lot of RTP; I’ve seen myself and I’ve seen streamers playing the game where they’ve had two 300x wins in the base game just with numerous cascades and wilds dropping. So it’s built predominantly for the European market, but we’ve seen good uptake and good resonance in the UK as well.

What will come next from Light&Wonder after 300 Shields Mighty Ways?

The next one up is Raging Rhino Mighty Ways – that’s currently our ‘work in progress’. Once we knew Mighty Ways was a mechanic we wanted to go hard on, Raging Rhino was a brand that fits the mechanic really well; that was one that just jumped out initially, with the rampaging rhinos going across the screen and the reels expanding – it just works really well. That will be released on November 23rd.