As the name describes Ancient Troy slots brings the story of the Greek-Trojan battle to life. From the software development team at Endorphina the slot plays out over 5-reels, 3-rows and 25 pay lines, and provides players with the opportunity to win big thanks to the wilds, free spins and prize multipliers. The mythological history of the war between the Trojans and the Greeks is probably one of the most famous possibly due to the huge wooden Trojan horse which enabled the Greeks to deceive the Trojans and take control of the city.

The slot is set in the city of Troy on the outskirts of Ancient Greece and has been created using some spectacular cartoon styled graphics and players will find that the wins flow easily thanks to the wilds, free spins and special prize multipliers. Whilst players will need an element of luck, they can use the RISK function after every win that they land and this sees them having to determine whether the card they are shown is higher than the one shown, this produces some great results particularly if players have a lucky run. Players will also be pleased to know that there are a number of bonuses to keep the wins pouring in. 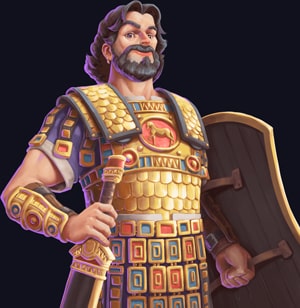 When it comes to the bet range, this starts from just €0.01 per line making the lowest bet over all 25 pay lines €0.25 with this increases to a maximum bet of €10 per line making the highest bet €250, giving the slot a really good bet range to attract all types of players. Although this slot does not pay out that often there are some good wins when players land five of a kind which is easy to do.

There are 10 symbols shown on the pay table as well as the scatter and a wild. The five symbols that are represented by the playing card symbols can provide players with x8 of the bet players staked. The rewards for four of a kind are considerably lower and three of a kind provides players with a nominal amount of their stake back. The rewards are increased in accordance with the number of pay lines that the player decides to play but the variance actually increases if players bet on fewer pay lines. The wild can also affect the amount players can win as it substitutes for all other symbols to create winning combinations offering up to a massive 1000 coins. 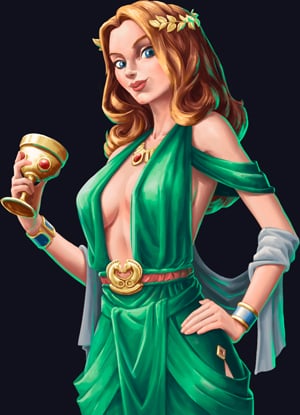 When it comes to the bonus features there are not many on offer, however with the classic style of play they are not necessary as players can still land the big wins. The scatter is represented by the Troy Joker and landing three of these reward the player with 10 free spins which are all party to win multipliers too. The scatters help players to land more winning pay lines and supply more generous wins from the pay table. For example, players that have landed a x3 multiplier the maximum win on just one pay line is a massive 2,400 coins or almost x100 of the players total bet if playing with all 25 pay lines.

Although I found Ancient Troy lacked in features it doesn’t really need them however to land the big wins players do need to place higher bets to enable, that they have a higher variance in play. To sum things up Ancient Troy offers a simple style of game play with a full pay table and a chance to land a huge x3 multiplier. The best suggestion I can make is give it a go, it is most definitely worth it.