Join the fight to stop Deep Pockets and his visions for greed and power in Arcane: Reel Chaos, a dystopian themed battle slot game from Netent. Players work with four heroes all trying to stop Deep Pockets, a failing businessman who released an evil curse on the world while trying to sell a talisman (a very important symbol in the game).

The powers of the four heroes create a different mini-game based on their unique biographies. Coin values range from .01 to 100. Choose your own bets of 1 to 10 with a max bet of 200. Payouts run left to right. And the game runs 20 fixed paylines. Though the game lacks versatility in betting, the fantastic animation, the interesting hero/villain backstories, and the variety of games each hero (and villain) brings forth keeps players intrigued by Arcane: Reel Chaos. 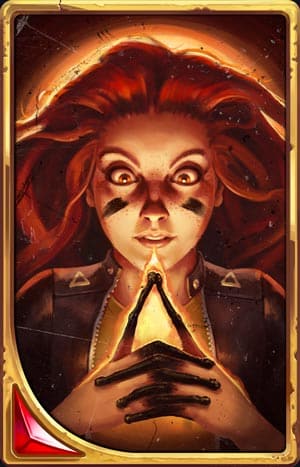 Dark heroism in a dystopian society dominates the themes of Arcane: Reel Chaos. Brilliantly designed carnage of the city sits in the backdrop of the slots. Dark colors dominate the game’s five characters, even the heroes. No one looks particularly happy in their picture (well other than Deep Pockets, the villain who’s gone insane).  Players start with 5000 (or 50,000 EUR) credits. Though there is a max bet of 200, balances will only dwindle away slowly. That’s because the point of the game is the battle with Deep Pockets, not how much is in your account. So the game works to keep you in it and give you plenty of shots to defeat the arch-villain.

Arcane Reel Chaos features 12 symbols. The five playing card inspired symbols are 10, J, Q, K, and A. The wild symbol is a simple W. There’s a deep pockets tile. And there is a tile for each of the four heroes: Flare, Zero.x, Chrono, and Psyop. Flare will multiply your wins up to 10 times. Zero.x brings overlay wilds when he appears. Chrono grants re-spins that don’t stop until players win. Each unsuccessful spin only increases the multiplier. And Psyop stacks wilds on top of each other. Each hero comes with a great self-portrait and specific biography describing their talents and abilities. And each hero’s power opens one of four mini-games that allow players to access those powers. 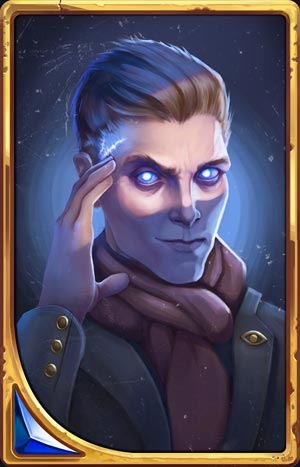 Once a hero card is hit by Deep Pockets, a new hero replaces the previous one. Deep Pockets, on the other hand, needs to be defeated through four levels. The multiplier increases with each level. And players get a bonus hero card for each level they defeat Deep Pockets at. So yes, defeating Deep Pockets is a very difficult task for the heroes. But if they do it, the game awards a sweet victory bonus. And players still collect big wins even when they lose to Deep Pockets.

Arcane Reel Chaos is the perfect slot game for players looking for a story behind the game they are playing. Arcane: Reel Chaos creates a deep background for its world and clear goals for what players are trying to accomplish. The game also has great animation, and the characters provide someone for players to cheer for as they play. 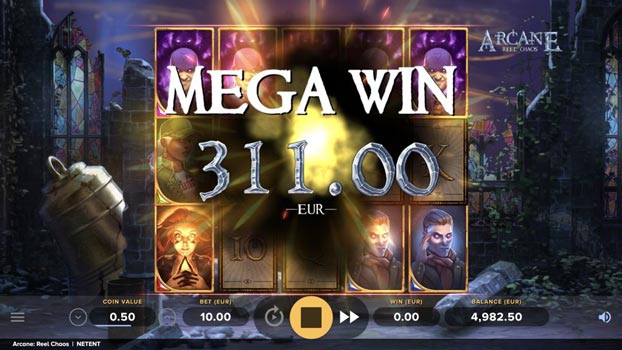