The developers at Play ‘n’ Go have recently released a trio of slots under the marketing banner of wealth games as all three of the slots have been designed to be progressive jackpots. As this is not something that Play ‘n’ Go are familiar with they have decided to launch all three of the slots in one go. Maybe the thought process behind this is that one of them will become one of players favourites. Alternatively, maybe the developers had some Asian skins that needed using and at last they have found a good way to use them. What I can confirm is that there are three Asian themed slots which have been created with those looking for big wins and spinning their reels to land one of the four progressive jackpots.

When compared with the other slots in this trilogy, Beast of Wealth has the most traditional look, and it is clear where you are when the slot loads. With the game area framed within a wood like structure that resembles a temple complete with a classically Asian tiled roof with lanterns hanging from it. In the distance the mountains are shrouded by a mist, to provide a classical Asian aesthetic.

To join in with the hunt, you need to select the bet you are most comfortable with, from the minimum bet of 10p per spin up to the maximum of £100 per spin, with this range the slot will appeal to a whole host of players, better still the slot can be played on all devices so you have the freedom to play wherever or whenever the urge takes you.
The math model is like the other slots in this series and the volatility is rather high, but it is not brutal with the developers rating it as a 7/10. The return to player is slightly lower in this slot with the default setting being 96.17% which is an impressive offer from a progressive jackpot slot as it includes a contribution from each stake to put into the pot. Remember that like the other slots under this banner the return to player varies and you may find it at lower levels. 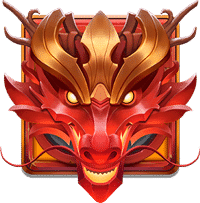 Beast of Wealth plays out over a 5-reel game area that provides 243 ways to win. On the pay table you will find that there are 10 regular symbols, six of which are the lower payers and 4 high payers. The low symbols are created from the usual playing card symbols whereas the higher paying symbols are created from an abstract set of beasts which include birds, tigers, dragons, and turtles. If you manage to land five in a row the high pay symbols will provide you with wins from 2x to 10x your stake. The wild which is represented by the gong will also pay the same 10x as the dragon where you land a full line. The wild also has the power to substitute for any symbol apart from the scatter to create winning combinations.

When it comes to the features on offer in Beast of Wealth they are straight forward and simple. The base game moves along in a basic manner this is until the features become active, this being the free spins feature and the progressive jackpot. The scatter is represented by the Yin & Yang symbol and this is the key to unlocking the free spins which can appear anywhere on your game screen and will pay 5x, 10x, or 50x your stake when land 3, 4, or 5 respectively. Land just three in view and the free spins feature will become active and you then have a choice of five options. The first of these is the turtle where 118 turtles are added to your reels, next is the birds where 108 bird symbols are added to your reels, the tigers will add 98 tiger symbols to your reels and finally the dragon that will add 88 dragon symbols to your reels.

Again the 5th choice that is on offer is a mystery which will reward you with 88 – 118 symbols of any symbol. The dragon is the one that you will want to land as this is the most valuable symbol in the game. The only downside is that there are less of the dragon symbols available which makes it far harder for you to land combinations.
Once you have activated the free spins feature all the high paying symbols are removed, and you are only left with the symbol that activated the feature. The feature begins with 8 free spins and landing three or more of the scatter symbols will re-trigger the feature.

It is true that the scatters are great in this game, but if you are looking to land the jackpot it is the gold reels that you will be wanting to see. On any of the base game spin, between one and five reels will randomly be turned into gold reels. Land a wild on at least one of your reels and this will activate the jackpot feature. Once the feature is active you will be provided with 12 logo coins and you get to pick one to reveal a symbol, land three of the same jackpots and you will then be rewarded with the jackpot as your prize. Due to the stake being reduced by 1.5% per stake to grow the jackpot prize pool the bigger you bet the better your chance will be of activating a jackpot.

Beast of Wealth is similar to the other two slots in this series in many ways although you will notice that there have been a few tweaks to the bonus feature, but this does still rely on you cracking the progressive jackpot. In my opinion this slot is the most Asian in terms of design but there are not many dramatic differences in the series of three as they share similar statistics, math models and the potential without the jackpot remains the same. If you were to ask me which of the three slots to play there is not enough to separate them and as the slots are all wired to the same network you could find that you are merely chasing the same rewards.