Charlie Chance in Hell to Pay from the Swedish developers at Play ‘n’ Go will take you below the surface in the dark depths of the under world as the name suggest. There is no need for you to get worried as this slot is more slapstick than spooky and the friendly cartoon graphics should put you at ease. The slot is conventional and plays out over 3-reels and 5 pay lines, has a vibrant fruit design with classic imagery and unique action. 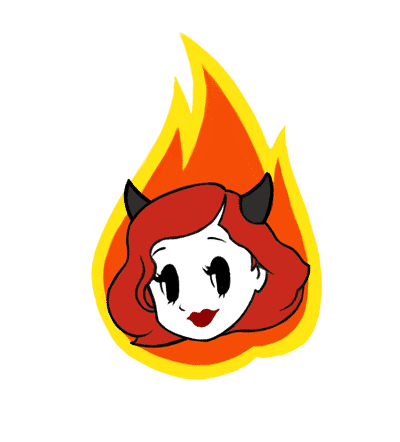 The slot is based loosely around Charlie Chan the fictional detective who has appeared in films, television, and lots of books. If you do not know who Charlie Chan it is hardly surprising as the books were published in the 1920s. Apparently, the books were a huge hit then, and it is strange that Play ‘n’ Go has revived a character from this way back in time. It is a great choice because the look is unique.

Charlie Chan has been created in the style of an old cartoon before there was even colour, and even though the background is various shades of black, grey, and white it is rather more inviting than it may sound. The slot is reminiscent of the cartoon creepy bones from Disney where the skeletons used to play each other as xylophones, and Charlie stands to the side looking freaked out whilst a Betty Boop horned character complete with a trident floats around to the right.

The 3x3 game grid takes center stage with the five fixed pay lines. Next comes a fabulous injection of vibrant colour from the games symbols and this creates the ideal contrast against the colourless background. The symbols that you can expect to come across are mainly constructed from fruit with chains and flames thrown into the mix. The low paying symbols include the cherries, apple slices, a bunch of grapes and lemons, and the higher payers are the BAR, triples sixes, and the most valuable is the hell’s bells. Wins are created when you land combinations of three or more of the same symbols and they will reward you with wins that range from 0.4x to 4x your stake.

When it comes to placing your bets, you need to pay the boatman so that you can cross the river Styx which is a long way to lead you into placing your bet. On one side the low rollers can join in the game from 10p per spin whereas the high rollers can bet up to £100 a spin. The slot has been categorised at a medium volatility of a 6/10 which softens things slightly for you and packs some good potential to. The return to player varies depends on where you play, so make sure you check the settings before you start to play. The version you need pays out at 96.23% RTP which is the highest and the default rating, but you need to check just in case. 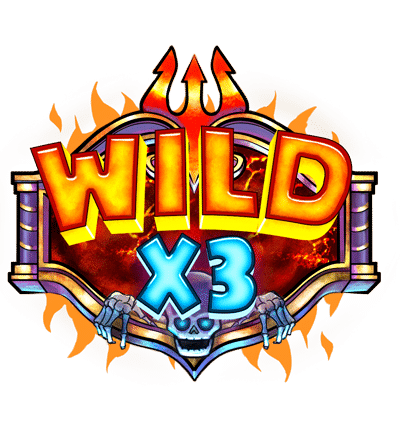 There are some excellent features on offer in Charlie Chance in Hell to Pay, one of the most important is the wild and there are three variations that you will come across. The first is the standard wild that can substitute for all the regular symbols to create a winning combination. The wild can also appear with a x2 or x3 multiplier which is applied to any winning combination that it creates.

What is so good here is that if you land more than one multiplier the values are multiplied together and could result in a 3x3x3 which results in a total of x27 rather than x9 of these values had just been added together. The next feature is the flaming horned femme symbol which is the game scatter and can land anywhere on your game screen. If you land three or more the feature board will be activated and you then have the chance to unlock an instant cash prize, a respin with random wilds added to your reels, a respin complete with random multipliers of x2, x3 or x25, a winning spin which guarantees you a cash prize or a round of free spins.

If you land the free spins feature you are rewarded with 8 spins and during this feature every three scatters that you collect gives you another crack at the feature board. The feature board offers the same pay outs as detailed above.

Despite the old school format, Charlie Chance in Hell to Pay is a fresh game with an old-style format but this works well. The unusual setting which is complete with random characters certainly make this slot stand out. It is really refreshing to also play a slot with a different theme and design, even if it is based in the underworld with plenty of fire and brimstone. The more I think about this game the stranger it gets and it does seem that Charlie is paying the price for something that he has done to the horned femme fatale, but what this is I do not know and the chances of finding out are zero!

Considering this is a fruit slot Play ‘n’ Go have made a good job and this is a desirable slot with fast-paced play which is simple but has extra depth thanks to the selection of prizes thanks to the features board. The wild multipliers are exhilarating in this slot particularly as they offer the possibility of a win with multiplier of x27 and the maximum pay out of 6,666x your stake, higher than you would expect from this developer.

Whilst I tested the slot, I did not land the maximum pay out in fact I did not even score half, but it is a slot that is all about the multipliers and as I found out landing the respin with a x25 combination, several wilds and or high paying symbols. Although I did land one decent win the pay outs overall were quite disappointing.

Charlie Chance in Hell to Pay is an innovative slot with charming features and excellent game play, I would have liked to see more wins, but it provides medium volatility with great potential for all types of players. Overall, Charlie Chance is a charming offering with a unique premise albeit a bit too tight for our liking. Generally, this is a unique fruit filled slot that is most definitely worth a spin or two.