Gods of Gold Infinireels from NetEnt

Gods of Gold Infinireels from NetEnt is a solid slot that provides some thrilling moments however left me feeling as though there could have been more. This is the first slot that the developers have chosen to use the Infinireels mechanic to provide players with unlimited ways to win and features that include win spins and re-spins.

NetEnt is a Swedish developer that have created a name for themselves with innovative games that have kept players entertained throughout the years. This slot is complete with a mechanic that looks very similar to Infinity Reels mechanic that the developers at ReelPlay in Australia rolled out in their slot El Dorado, in fact you will probably notice that these two slots are very similar in fact if it wasn’t for the different names it would be difficult to tell them apart.

The imitation is fascinating really as it is not only their similarities but the fact that NetEnt are known for copying the work of other developers but with enough polish to call them their own. The best example of this would have to be Starblast from Play ‘n’ Go which they took into their team and stripped back to the drawing board. However, it does make me wonder if Karma could rear its head and bit them, but heah only time will tell! So, if you are ready to give Gods of Gold Infinireels a spin you can see exactly how this matches up to the competitor slots currently available to play. 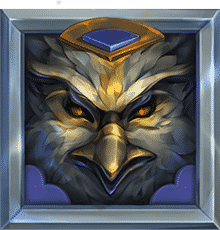 The slot is beautiful to look at being set in an Aladdin’s cave crammed full of jewels and gold. The theme is Middle Eastern and coupled well with the Arabian Nights styled backing track and a grid full of exotic, charismatic characters. As you can expect from any slot by this developer the standard is exceptional although one thing this slot has not got is the lush landscape that featured in El Dorado.

Gods of Gold Infinireels plays using 20 coins which have a minimum value of 0.01 and a highest value of 10 credits which gives a total bet of 20p per spin up to a massive £200 per spin which will make the slot appeal to many types of player from beginners to high rollers. You can spin the reels manually or chose to use the auto spin where you can set your reels to spin up to 1,000 times whilst you sit back and watch the game unfold.

The slot plays on a 3x3 grid which is the default and there are some chunky symbols that come into play which are unusual apart from the four gemstones that make up the lower paying symbols. The higher paying symbols are represented by a motley looking bunch of characters which include a bull, a queen, an owl, and a king. For one reason or another all these symbols look really irritated which makes landing a win so much sweeter.

Matching three or more symbols next to each other on any row will reward you with a win. The wild can substitute for any paying symbols to create winning combinations, but you need to remember that the wild can only enter play when you are playing with four reels not just three. There are no set pay lines in play and the slot begins with 27 ways that you can win on a 3x3 format and this is multiplied by three when any new reel is added. There is a friendly return to player that stands at 96.12% and a volatility rating of medium to high just to keep things exciting. 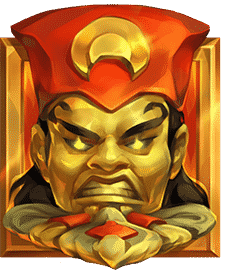 To begin with you need to look at the new Infinireels mechanic and this comes in to play with every winning combination landed. When this happens, a new reel is added to the playing grid, and if this new reel contains a wild or other matching symbol then another reel gets added and this carries on infinitely until you land no more winning symbols and the reels then return to three again, a clever mechanic that really spices up the gameplay.

It can be difficult to keep track of your winnings as these keep amassing pushed along by the new reels, however there is a minimap that gives you an overview of procedures and this works in conjunction with a symbol counter which shows the length of the win and how many wins you currently have active.

Once your reels stop and you land no more wins you may be rewarded with a random re-spin, where a genie will appear and covers your last reel with a green magic potion that means you have a guaranteed win. The other feature you will come across after a win is the Multi Slam which adds two or three more reels at random and again you are guaranteed a win.

The final feature you will comes across is the Wins Spin Free Spin game. The scatter is represented by the golden pearl coloured sun, and when you land three you are rewarded with 10 free spins, if you have any more scatters in view anywhere on your screen you will be awarded with a further five Win Spins each. Although the rules for this bonus is the same as the other there is one vital difference, and this is that each Win Spin guarantees you with a win and this is a feature that can be repeated.

Conclusion of Gods of Gold Infinireels

Gods of Gold Infinireels is a great game however it does reek of imitation. Although NetEnt have added the minimap and symbol counter the slot is just ReelPlay's Infinity Reels feature that has been jazzed up with these additions. This is a fast and easy slot to play with regularly opportunities to win.

I really enjoyed playing this slot as a standalone slot it is incredibly good, the graphics are outstanding which is no more than you would expect from a NetEnt slot. The features provide a lot of fun and there is a solid math model in place. I amassed several wins and really enjoyed the entire gaming experience this slot offers.