Golden Canyon is one of the latest releases from the gaming developers at Betsoft. The slot is themed around the Wild West and plays out on 5-reels with 20 pay lines and offers a medium variance with the maximum win of x4774.80 of your stake on any single spin. So, if you are ready to polish your spurs and take part in some shooting, treasure hunting and spinning action, let’s go. It would be fair to say that the colour palette and presentation that has been deployed in Gold Canyon pales when compared to the previous release Spinfinity Man 3D. I got the impression that Betsoft were going for a simpler and different approach with this slot. 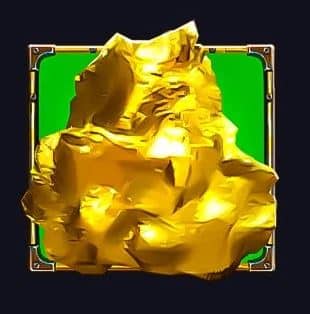 Betting starts from just $0.20 per spin to $2 per spin which is a range that appeals to all types of buyer. The rhythm of the reels captures the true essence of the Wild West and you will really feel as though you are in the middle of a duel that has gone wrong! When it comes to the symbols you can expect to come across a horse, lantern, golden nugget, horseshoe, sheriff’s badge, wanted poster and a Royal Flush (comprises of 10 through to Ace). There is also the lower paying playing cards Jack, Queen, King and Ace. The highest paying symbol is the gold nugget which will pay 10,000 coins if you are lucky enough to land 5 on any active pay line, however, to win this your average bet has to be at the maximum of $20 per spin. The RTP for Gold Canyon stands at just over 96%.

The main star of the slot is the Cowboy as he takes on the role as the expanding wild in both the free spins feature and main game. Land a variety of premium symbols and you can expect some truly stunning pay outs. The free spins are activated when you land three or more scatters which are represented by the dynamite and really are awesome when they explode, and symbols then drop in to fill the positions. The number of scatters that arrive are proportionate to the amount you win, but for every scatter you land you automatically earn one free spin. Finally, there is the heads and tail gamble feature where you have the opportunity to bet half or all of your winnings on the turn of the coin.

Gold Canyon can be played for free as well as for real money. I appreciate slots that provide players with the opportunity to play for free as they can get a real handle on the slot and how it plays out before they have to wager their own money, and I do think that this is a way for developers to end up with far more people playing for real.

Being a lover of Betsoft slots I have to say I was a little disappointed with this offering, the best I can say is that it is a modest slot that has been set within a dark, dusty and lawless place where the gunslinger is the only hope that the town folk have from the outlaws at war trying to take over. On the plus side there is the expanding wild feature and the free spins, but even these seem a little lacklustre and different from what you would expect.

The expanding wilds do appear frequently in the base game which is helpful and provides some decent wins. Whilst I may appear negative, this only comes from the laid back nature of the game, but I would urge you to give Gold Canyon a spin as it may be the type of slot that suits you perfectly.