Players are taken on an adventure to the heart of a fantasy forest with seasoned trees which come to life once the slot is activated. Through the superb sun drenched scene is a gentle breeze that solidifies a tranquil setting which is totally contradictory to the action that takes place upon the reels and the fierce warriors who are the characters in the slot.

The slot plays out over 5-reels, 4-rows and offers players a massive 1024 ways to land wins and when I played I found that pay outs were made when there were adjacent symbols starting from the left to the right and landing five of a kind provided me with wins from x0.4 up to x6 of the stake I was playing with. When it comes to placing bets, players can place anything from 0.25 up to 100 credits and although this is a high variance game it does offer a generous 96.55% RTP. 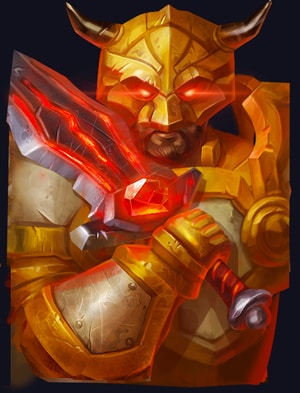 The characters of the Immortal Guild are ready to battle, and players will meet a trio of truly fierce individuals, the Warrior, the Mage and the Hunter. They are also treated to a plethora of features including re-spins, collapsing reels, free spins round, win multipliers and huge winnings of up to x20,000 of the players stake.

There are 10 regular symbols that land on the reels in Immortal Guild, with the lower symbols created from grafted stone, gold, silver and bronze coins which each of these depicting a form of weapon that are used by the fearsome warriors. After the coin symbols come the medium playing symbols a crossbow, a wizard staff and a sword with the premium symbols being the three guild members, the Hunter, the Mage and the Warrior. The wild in the game is represented by an ornate lion emblem and this symbol will only appear in the free spins and can substitute for all of the other symbols except for the scatter to create winning combinations. The scatter is represented by the Immortal Stone and if you are lucky enough to land three or more in a single spin the free spins feature is activated. 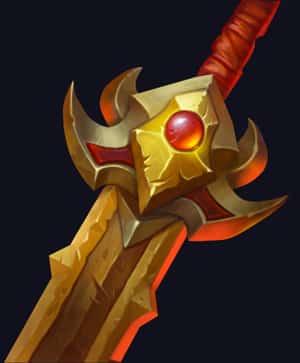 Immortal Guild is an excellent example of how the developers at Push Gaming are still able to provide the players with some great surprises which makes it stand above the other multitude of slot that are available today. I have no doubt that Immortal Guild will soon have a following as it is a popular theme and great fun to play. With a win potential of up to x20,000 of the players stake this slot is certainly worth a spin or two.

I had a lot of fun testing Immortal Guild with its sharp graphics and realistic soundtrack, but the most fun was when I landed winning combinations which I did quite readily. I would suggest playing the free game just to get the hang of all the features and ways in which wins can be collected. 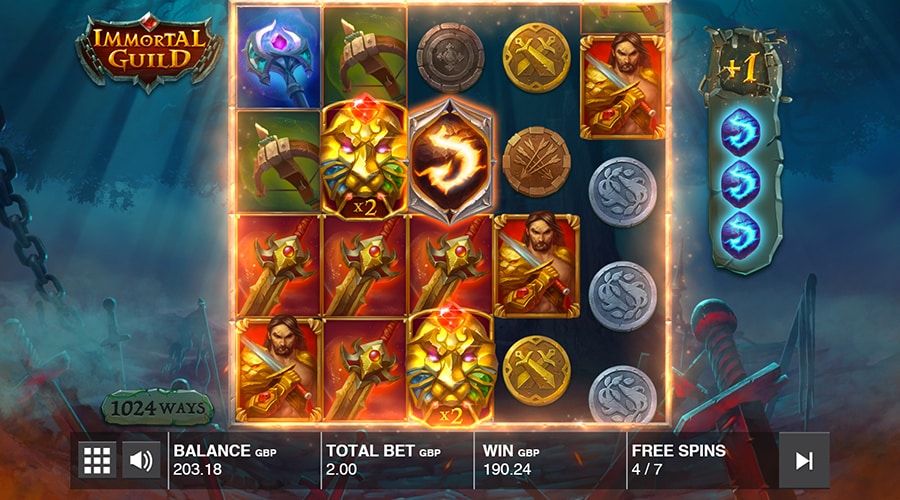 Whilst Viking warriors have featured on slots for more than forty years, Immortal Guild remains fresh and has the ability to keep players really entertained. So, if you have a penchant for Viking warrior themed slots this is the slot for you. I would also advise you to give Vikings Go Wild from Yggdrasil Gaming or alternatively Vikings from NetEnt.