NetEnt has brought about a new Asian-themed slot with King of 3 Kingdoms, which they hope will appeal to the Asian players. We personally think this slot is perfect for all. The whole theme is classic Ancient China, with a high volatility and free spins with retriggers and triple wins.

Set in the time of the Jin Dynasty, there is plenty to keep the player entertained, with homage paid to the three kingdoms who were usurped to form one mighty empire. Similar to slots that NetEnt have brought out before, there is much to interest the player.

This slot boasts 5 reels and 3 rows, with a whopping 243 pay lines for the player to try to win big across. The reels are built from wood and parchment, adding to the Ancient China vibes, with unique symbols and quirky feel. There is plenty for the player to enjoy in this slot.
Travel back in time to an era where the ruling Asian King held mighty power across the three Kingdoms, and win big with the help of his soldiers, scattered across the reels. 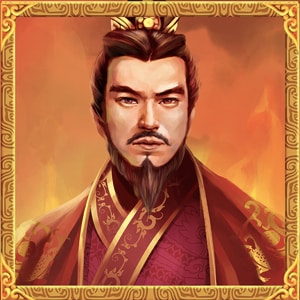 The betting range for this stunning slot is from 25p up to £125 per spin, giving all players the chance of winning huge amounts. There is the chance of winning up to 1,840 times the bet, which could equivalate to as much as £230,000.
The volatility is a medium to high range, with the RTP set at 96.88%, a tad higher than the average we’re used to seeing.

The king and his soldiers

The symbols are set on the reels against a backdrop of flames, with lower and higher paying symbols. The lower paying symbols are the card suits of 9, 10, J, Q, K and A. These are designed in a yellow gold, put against a brushstroke ball.
Complementing these are the soldiers and the three kings, or Emperors as they’re known in the Far East: Red, blue and green.

The highest value of these is the blue robed Emperor, who pays 60 times the player’s bet when matching 5 on a pay line.
The wild of the slot is shown as a colourful map of the three kingdoms, which looks as though it has been lifted straight off the gameboard of Risk. The wild will only appear on the second, third and fourth reels but will substitute for all other symbols except for the scatter. 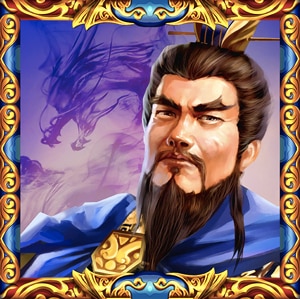 If you’ve previously played NetEnt’s slots of Victorious Classic or Victorious MAX, you’ll know what there is to expect as NetEnt has made no effort to make changes to the one and only feature of the slot.

When three, four or five scatters appear on adjacent reels, starting from the one on the left with give the player respectively 15, 20 or 25 free spins which can be indefinitely retriggered, offering the player the chance to stay in a constant free spin stance.
Awarding 5x, 20x or 50x the total stake in coin wins, this slot is brilliant for the player to win huge amounts on. Not only that, but throughout the free spins, all wins are multiplied by x3, meaning wins are tripled for the player!

Whether you’re sick of Asian-themed slots, or you just don’t like them, we get how repetitive they can be. However, with a great prize pot, high volatility and good RTP we recommend giving this a go, even once. You could surprise yoursekf with how much you can win.