Mermaid’s Bay is one of the latest slot games on offer from the developers at Mascot Gaming which offers players the chance to dive into the world of stunning mermaids. Although Mascot Gaming is a relatively new company, they have successfully created a series of slot games that are inspired by some of the most famous themes.

In Mermaid Bay players have the chance to win a variety of prizes which plays out on 5-reels and 25 pay line scheme with the symbols aligning from the left to the right. The transformable wild offered in this slot is what makes it so different from the competitors with the wild randomly changing in value as soon as the player lands it on their pay lines. 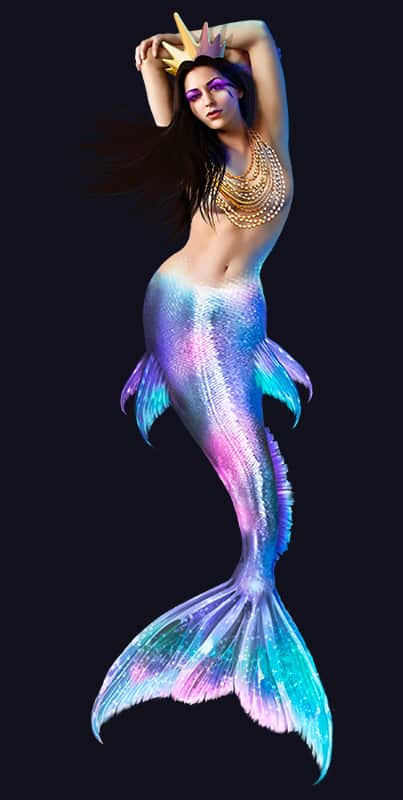 The wild also has the ability to transform into a wild multiplier prize which change into an extended mermaid wild or reward the player with re-spins. Mermaid’s Bay is also known as the Bay of the Sirens and in this slot, players do need to deal with sirens, which are the queens charming enchantresses of the seas, which equal the value of the wild and can substitute all of the other symbols. There are many secret functions that players can activate through the coin wilds which can be found on the reels and morph into wild sirens which are wilds that multiply the wins or assign players to the re-spin.

When it comes to the graphics in Mermaid’s Bay are simply stunning with a stylish modern twist and there is no doubt that this slot would present itself perfectly when played on any medium. In the 5-reel and three square lay out players will come across numerous symbols which all have a marine theme and include fish, seahorses, crabs which are all embellished with coloured gemstones and gems. The minimum bet players can wager is 25 cents with the maximum wager topping out at 125.

The highest win on a line where the player has bet 125 coins, is a respectable 2,000 coins which is the reward for aligning five fish on a pay line.

In the slot Mermaid’s Bay offers a variety of really simple bonuses that means players can win more money in a very easy way. The wild can make an appearance in any position and can morph into another symbol once the round ends. Each wild is independently transformed and as such they do have different values, the wild can quite easily become a multiplier prize wild or a stunning wild mermaid which extends across the reels, a re-spin or an additional free spin whilst in the free spin round.

These bonuses can all be won when the player land three scatters which are represented by the pearl in any position on their game screen.

I really enjoyed playing this slot and this was partly down to the stunning graphics that the slot has to offer. I was really glad that I could play the slot in a demo mode before I had to start wagering my own money. I found Mermaid’s Bay relatively easy to master therefore it was not long before I put my own money on the line, and I was really pleased when I did as it wasn’t long before I landed my first wins which were then followed up with several more.

I would highly recommend this slot but don’t take my word for it, give it a whirl yourself, you will be glad that you did.