Monster Pop from the development team at Betsoft plays out over a 5x5 grid which is populated with distorted gargoyle cartoon characters that explode when they appear in a group containing four or more. When this happens, new symbols drop down into the places to fill in the gaps. It is possible to land more than one set of monster clusters in a single spin meaning more than one prize for you to collect. The slot also offers wilds, free spins, and a random feature where you can rake in some big cash rewards. If you feel ready for the challenge read on. 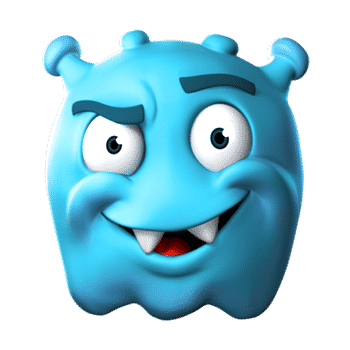 This slot could have easily been inspired by the box office smash Monsters Inc., as the reels are jam packed with cartoonish characters that are various colours, shapes, and sizes with a few anatomical oddities. You can expect to come across a monster that is blue and star shaped which has one eye and green characters which are triangular shaped and sports three eyes just for starters. There are eight different creatures all with their own makeup, style, and animated personalities.

These crazy critters fall onto the translucent reels and provide a great view of their environment with blue lights illuminating the rocks and glowing, swirling patterns release some sort of magical energy source. Although Betsoft are known for producing games with high-end 3D effects, this slot proves that they can also provide an excellent two-dimensional game that offers just as much style and colour. 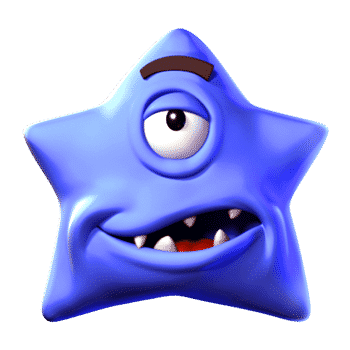 Before you start to play Monster Pop ou need to select the stake that you are comfortable playing with, the minimum bet is 0.25 per spin, and there are a further 11 amounts between this and the maximum bet which stands at £25.00 per spin. Admittedly, this may not appeal to the real high rollers however there are plenty of players that will find the bet amounts appealing. The return to player stands at 94.67% which is a little below the preferred amount of 95% but only just. This slot is a cluster pays slot and therefore there are no pay lines as these are substituted with blocks of connected symbols on you reels.

The wild is represented by the Oracle Eye monster and whilst the monster is not worth anything on its own, it can substitute to be any monster to either complete winning clusters or creating bigger cluster groups.
The slot uses the cascading reels system, where all winning clusters explode to allow new symbols to drop onto the reels from above and if you are lucky you will then be able to create numerous wins. This continues until there are no new clusters of four or more on your game screen.

The question is how you can land 1,000 symbols on your 5x5 grid and the answer lies with the special Monster Cloner symbols, as these glowing blue plasma balls add another row, column or both every time they appear, the reels expand just for your next spin, but if you land another Monster Cloner the reels grow more.

The maximum grid size is reported as 13x13, however, this still does not make 1,000. Therefore, I can only assume that when you land a non-winning spin or get to the end of your cascades, the monsters can help you out at random. The Monster Fury feature sees the monster get so angry because you have not landed a win that they then create Cloner Bombs which spread Monster Cloners around your reels. Alternatively, they may shuffle themselves around your reels to create winning clusters. There is also the Fiery Free Games Feature which like the wild do not pay out any direct prizes but these flaming spheres which are the slots scatter are very valuable as landing three or more will provide you with entrance to the free spins bonus game. One extra free spin is awarded with every flaming sphere scatter where you land three or more.

The cascading symbols stays in play, however if your reels expand during the free spins, they do not reset to the 5x5 grid when there is a non-winning spin, and this makes it far easier for you to land winning clusters as they grow throughout the round.
Finally, there is the chance to play this slot in the demo mode, which is a great as this is a way for you to learn the tricks of the game before risking any of your own money. This is great with this slot as although easy to follow it is a fast slot which can take a little time for you to get used to. 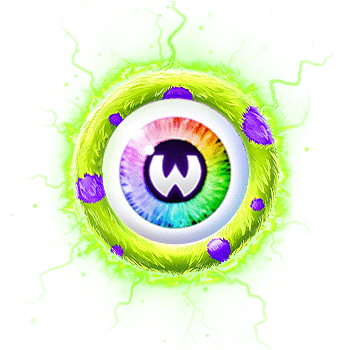 Monster Pop is an excellent game however it does have the look of the Reactoonz slot from the developers at Play ‘n’ Go which also features cartoon style creatures. The cascading symbols mechanic is great as it can assist you to land several wins one after the other, while the wild can split and move around the screen and see symbols substituting for others to create additional winnings. Monster Pop is certain bursting with beasties and can be played on all devices. When I trialled this slot I was really impressed with the combination of style and impressive fun features and as this is a slow with a low volatility rate it does mean that the wins may be small but they are frequent. I would recommend the slot to all and think it will become a firm favourite with many players.