Scroll of Adventure is one of the newest slot releases from the software developers at BGAMING. The slot is a true blend of Ancient Egypt and a classic arcade style game where players are invited to experience the mystery of Egypt and uncover the many treasures that the county has to offer. It is this unique blend that is going to catch players eyes and make them stop and want to find out more, particularly how they can get rich by playing it.

Whilst the name of the slot suggests and epic adventure in a far distant land with danger lurking around every corner, however one look at the game screen and this suggest something quite different. The background of the slot is almost entirely black with the shadow of mountains amidst a red sky which can be seen at the top of the screen.

The reels are also black with a gold column each side which are vaguely like those in Egyptian palaces and temples. My thoughts are that the all black design could be a nod to arcade slot games of the past.

The slot is made better by the music that really lends itself to the overall atmosphere with a very classic tune that plays with each spin and whilst it has nothing at all to do with Egypt it is another direct reference to the land-based casino games. Slot fans will really appreciate the mix however, any amateur Egyptologists are sure to be disappointed. That is about all there is to say about the strange mix of styles so we can now look at the game rules. This slot follows a far more classic pattern which will be familiar to experienced players and easy enough for novice or beginners to master quite quickly. 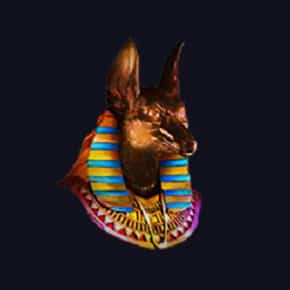 Gameplay in Scroll of Adventure

When it comes to the standard game play players will see that it is restricted in several ways. The Scroll of Adventure slot plays out over 5-reels and just five pay lines and is very minimal for a video slot. Players still need to select the amount of their line bet and this starts from just 0.10 up to 1 coin and the number of pay lines they wish to activate by using the + or – buttons which are located underneath the reels. Alternatively, players can use the coloured tabs that are at the side of reels and adjust their choice of active pay lines or simply click Bet Max button.

Then all the player must do is click the spin button and set their reels in motion. Any winning symbol that appear on one of the active pay lines and activate the corresponding cash prize, which pay from left to right.

There is a further function that the player may choose to use this being the auto spin feature. This feature allows the player to select the number of spins that will spin uninterrupted with the same bet and by using this feature players can then sit back and watch the game unfold before them.
In total players will come across 9 symbols on their reels and these are split into two groups in accordance with the theme and their value. The first set of symbols are the usual card playing symbols ten through to Ace.

The symbols in Scroll of Adventure are very colourful, and most players will know these symbols very well. The second group of symbols take players back to the theme of Ancient Egypt with golden amulets shaped as a beetle, goddess, jackal face god and a female adventurer and players that are lucky to land 5 of her will be rewarded with x5,000 their bet.

The final symbol brings players many interesting rewards and is the wild represented by the famous Scroll and can replace all other symbols to create winning combinations. However, when the player lands three or more Scrolls anywhere on their screen they change into the scatter symbol and activate the free spin bonus round in an instance.