Unlike some gaming providers out there, Booming Games is not the kind to release a new game every single week. Their creative teams work hard to make unique games that stand out in the swarm of slots that flood the gambling market. Their newest release, Show Master, does just that. Standing out from the crowd with a total of eight features and a variety of different combinations of wheel spins, Show Master keeps players consistently entertained.

The new title from Booming Games has a default 5 reels and 3 rows, as well as 20 pay lines for the player to enjoy winning over. The grid itself is surrounded by Hollywood lights and is ready to showcase a winning pay out for the player. Even the background music keeps the mystery of the game show alive, with an audience track to celebrate any win a player may have.

The maximum win that can be experienced is 5,000 times the initial stake the player bets, and this shows how the slot features high pay outs which start as soon as the spins begin.

With a total of 8 bonus features for the player to explore, there is 6 different pay outs available on the inner wheel of the wheel spins. The game is well designed to keep players engaged with plenty of features to do so.

Betting starts for this slot at 20 cents and increases up to a maximum of $100 per spin. This wide range allows all players, no matter their experience to enjoy the slot and the features it has to offer. If betting the highest wager, the player can expect up to $500,000 in rewards. Who wouldn’t want to win half a million dollars?!

The slot is considered ‘super volatile’ in Booming Games press release of Show Master, and this gives the player plenty of chances to risk to win big.

Unfortunately, there is one let down for us with this slot. The theoretical return to player (RTP) is only 95.5%, which we understand is only just below the average of 96%. However, we have learnt through the many years of reviewing slots that even 0.1% can have an impact on the slot’s impact. 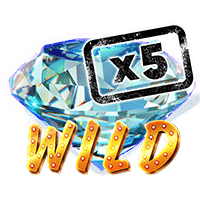 There are eight standard symbols for this slot and a wild, with four major and four minor icons. The win amounts below are pay outs when betting the minimum of 20 cents per spin and matching 5 on a pay line.
Starting off with the four minors, we can see the A, K, Q and J, outlined in a blue purple around Hollywood-style lights. The K, Q and J pay 25 cents for five, while the A will pay 50 cents!

The four major symbols are the lemon, cherries, gold bell and red seven, in ascending order. The lemon pays out $1, the cherries pay out $2, while the gold bell pays the player $3. The highest paying of the major symbols pays $4 for five of a kind.

There is also a wild, which pays $5 for five on a pay line; it does also have multipliers attached and therefore this may be higher. There is also a bonus which acts in the same way the wild does. Both can substitute for any other symbol on the reels.

The whole design of the slot is reminiscent of a retro slot machine, with the theme echoing the days of good old television game shows. The vibrant colours and plethora of features speak to Booming Games’ talent for combining everything into a new hit game! 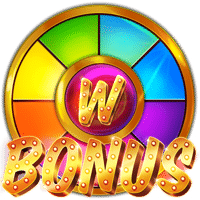 Firstly, lets start with what the features for this slot are. The features include Variable Free Spins, Major Upgrade – which sees minor symbols transformed to major symbols, Wild Multipliers, Royal Upgrade – where all royal symbols become the highest paying royal symbol, Bursting Wilds, Wild Reels, and the Instant Prizes feature.

The player can land on one of the following:
• Four free spins
• Eight free spins
• Instant prize: The smaller wheel spins to award 5x, 10x, 25x, 50x, 100x or 5,000x the original wager
• Wild multipliers: convert wilds to multipliers of 2x, 3x or 5x
• Busting wilds: A wild will burst and convert 8 other symbols into wilds
• Royal upgrade: This upgrades all minor symbols into the Ace
• Major upgrade: This sees all minor symbols upgraded into major symbols
• Wild reels: This expands wild symbols into wild reels

With so many features and bright colours, there is nothing not to light! Show Master has brought about the brand-new era of gameshow slots. There is plenty for the player to enjoy, and with stunning graphics to accompany the creative gameplay, the sole aim for players is spinning the Wheel of Fortune. There may be easier ways to win half a million dollars, but we reckon this is the most fun way!