Stellar is one of the latest slots to come from the gaming development team at BossGS, and whilst they are a relatively new company, they have created a slot that is packed full of special effects. The slot plays out over a 5x3 grid with 10 pay lines however this is a win both ways slot, so players do have double the chance to win.

Once players are ready to begin this new type of galactic entertainment they need to decide and place their bet, set the reels spinning and wait to see whether they have landed a win or not. The bet range in Stellar the slot starts from just 20 cents with the maximum bet being 200 Euros per spin, making this appealing to all types of audience from beginners to high rollers.

The slot is set within an open galaxy with a backdrop that is packed with stars with the deep purple colour making the graphics really pop off the screen. Players can expect to come across symbols that include characterful fragments of asteroids and crystals whilst there is also a special symbol which is depicted by a comet and this symbol will only make an appearance on the centre reels. 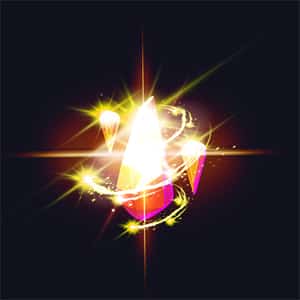 Visually the graphics used in Stellar are absolutely stunning and quite fascinating with no attention to detail being missed particularly with the special effects. For example, when the player spins the reels the symbols are thrown out and instead of the player being shown some really classic animation of the rotating reels. The symbols are all drawn using extremely realistic 3D style for all of the brightly coloured crystals and asteroid of various shapes.

The red crystal is the highest paying symbol and will reward player with x200 of their total stake if they land five on a single line. that pays the most is the Red one, which rewards you with up to 200 times your initial bet if aligned 5 times on a line. After the red symbol the other coloured crystals and different asteroid fragments provide varying degrees of pay outs. 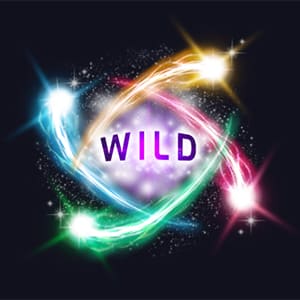 When it comes to features Stellar has a lot to offer including the comet symbols which appear in the central reels and will release additional wilds and activate the re-spin. There is a spin bonus which can be activated over and over again which gives players the opportunity to land the bigger wins more easily. Stellar also provides a really interesting re-sins which become active when a comet smashes into the 2nd, 3rd and 4th reels and during this bonus players can also take advantage of some really interested sticky wilds.

I really enjoyed Stellar mainly thanks to the fabulous bonuses that are on often, it really would be nothing without the features. Whilst there is no jackpot or free spins bonus on offer players can win plenty due to the pay both way system, this being the one that rewards the player by lining up the symbols in both directions and gives players the total of 20 pay lines on which they can land their winnings.

The other bonus I must mention is the re-spin with sticky wild. This famous sticky wild appears when the comet symbol makes an appearance in the middle of the symbol pattern then on the 2nd, 3rd and 4th the symbols explode and release a new wave of wilds which all stick in their initial position for the next round of spins.

Stellar is an easy slot to get to grips with and due to the superb graphics coupled with the many ways for players to win I feel sure it will become a firm favourite over time with a wide range of players, it may just be one of yours.