Stunning Hot is the latest slot from the developers at BeeFee Games and plays out over 5-reels with 5 fixed pay lines. With a bet range that starts as low as 0.05 credits to a massive 50 credits per spin this game is sure to attract both experienced and new players too. For players au fait with Stunning 27 and felt that it was rather basic and lacking something, Stunning Hot is a new instalment on the same theme with completely upgraded graphics and game play to make the entire experience more exciting and provide an up to date modern style. 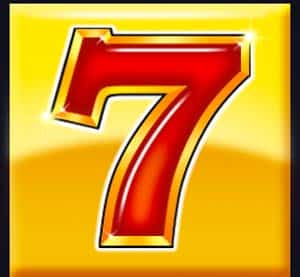 Whilst Stunning Hot could be built on a typical theme, the developers have gone out of their way to show exactly what they are capable of in terms of high end graphics. The result is truly wondrous with the backdrop of the slot covered with surging flames that encase the reels and there is a stunning silhouette of a dragon with two heads that spurts further flames to create a very dramatic setting with the usual commands that one can expect near to the reels as on other slots from the same creator. The slot has been designed in a way that makes it easily accessible to all players whether experienced or not which is something I really appreciate.

The game itself is also fairly standard leaving players to choose their wager using the side bar that is located on the right or by using the buttons which can be found on the command bar. Get ready for some burning-hot action on 5 reels, with still a rather high variance but some helpful special features that will help you turn the game around – if you play your cards rights.

The next move is in your hands, so check out our complete review of Stunning Hot and see for yourself if this new BeeFee creation is for you. Like the majority of modern slots there is a maximum bet feature and an auto play mode which a lot of players like as it means that they can sit back and watch the game unfold before them. It will not take players long to realize that this slot is highly volatile and landing any cash prize may prove a little challenging at times.

There is a small amount of pay lines which also restricts players wins a little more. When it comes to the pay table this is also rather standard, and players will soon see that there are a veritable selection of classic fruits that includes the old favourites such as oranges, lemons, watermelons etc and there is also stars and red sevens and the maximum reward on offer is a pleasing x1,000 of the players starting bet and whilst this is great the rest of the slot is really rather basic.

There are some surprises probably the biggest is that this slot deviates from the “old school” sequence and this is partially down to the two special features that are on offer. The first of these is every time a player lands a win, they are provided with access to an optional gamble feature where they have to choose between red and black, by choosing the right colour they double their winnings or choose wrong and it is all lost.

The scatter in this game is represented by the star and landing three or more anywhere on the reels sees players landing a win. When it comes to the pay lines, where the scatter is concerned players can win up to x100 of their current bet level. One of the things that really caught my eye with this slot is that the developers have blended both old and new as in players can enjoy the old school symbols, high volatility and basic rules yet enjoy some special features too, a bigger jackpot and stunning animation and graphics.