Coin values are small, ranging only from .01 to 1. Choose your own bets of 1 to 10 with a max bet of 250. Payouts run left to right. And players also get to determine how many of the 25 paylines that want available. The more paylines players choose to play, the higher the bet is for this 5 reel game. And the game’s autoplay runs until you tell it to stop; only stopping if you earn the chance to play the mini-game. 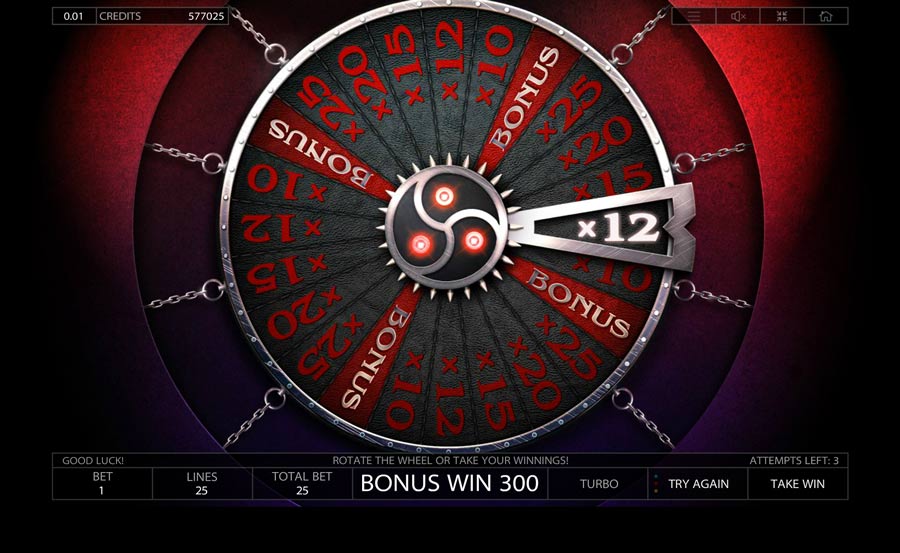 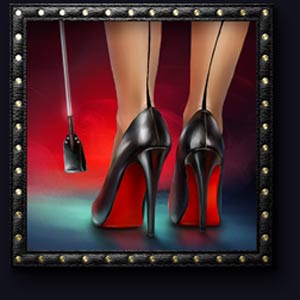 Taboo features 12 symbols. The four letters (B,D,S, and M) all carry the same payouts. Symbols listed in order from smallest to largest payouts are: whip, paddle, handcuffs, girl’s hands in handcuffs, and girl’s neck with collar on it. The scatter tile is a woman’s feet in high heels carry a whip. There’s a wild symbol that appears on four of the five reels. And the bonus symbol (the triskelion square) triggers the Triskele Wheel (No faces are included on any of the symbols).

Players at the bonus level get three spins to multiply their score. After each spin (except for the third one, where you get whatever you get), players can choose to take the win or spin again and hope for a better multiplier. Players that land on a bonus slot on the wheel can choose to head to the red room. In the red room, players choose their preferred sex toy. But the domme in the room determines if players choose correctly. If players chose properly, they receive a significant bonus on their score. If they don’t players get nothing.

Players can also double each win throughout the game with a straight up card game. Pick a card higher than the dealer picks and double your score. And players can keep playing until they lose. But be sure your auto spin is off if you want to double your earnings in this fashion.